Nicole Kidman on Building a Better Future for ‘Our Daughters’

Nicole Kidman is looking toward the future. The Big Little Lies star was honored at last night’s 2017 Gotham Awards, where E! News caught up with her about more and more women making their voices heard about injustice in the entertainment industry.

“There’s big change happening right now and we can feel it,” Kidman shared. “Hopefully the people that are following us will be the recipients of that change. But it’s still only in the beginning process of it happening. In terms of our industry and women, statistically it’s still crazy how it’s not balanced at all.”

She also noted that the apparent shift taking place not only benefits one gender, but everyone. 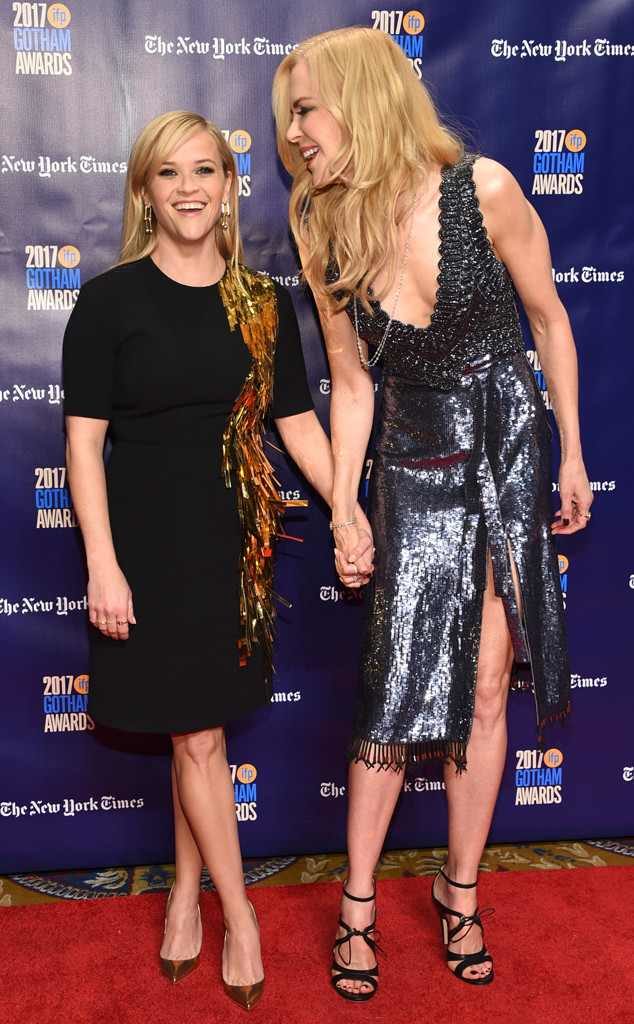 Nicole continued, “As much as we say it’s for our daughters, everyone prospers when there’s equality. We take care of each other.”When asked about her and Keith Urban’s two daughters, 6-year-old Faith and 9-year-old Sunday, Nicole told us she’d much rather watch them pursue their own interests than follow in her acting footsteps.

“I want to see them be what they want, what they’re passionate about,” she shared. “I came from a father who was a psychologist and a biochemist and a mother who was a nurse educator, so they were like, ‘Actor? What are you talking about?’ They were thrown by that, but at the same time they never devalued it. They let me follow my path, which was very self-motivating.”

Nicole’s close pal and co-star Reese Witherspoon reflected on that path in an emotional speech at the Gotham Awards. Calling Kidman “unwaveringly passionate,” Reese touched on her unique ability to captivate audiences on and off screen.”She stands up for what she believes in and she pushes the envelope with every single role she takes,” Witherspoon said onstage with tears in her eyes, adding, “She’s a magician, she’s magic and she’s one of the greatest actresses I’ve ever known and it is a privilege to get to watch her work…”

For more on the “sisterhood” that Reese and Nicole formed while working on Big Little Lies, watch the video above.

0 0
Previous Article22-Year-Old With Down Syndrome Makes History Competing For Miss USA in State Pageant
Next ArticleHow Russell Wilson's Shoes Are Inspiring Kids to Ask Themselves 'Why Not You?'
Latest Posts