Josh Aryeh had no idea that his love of flashy sports cars would one day lead to a life of helping children stricken with illness. But that’s exactly where the resident of Lawrence, New York finds himself and he wouldn’t have it any other way.

For nearly a decade the 30-year-old CEO and co-owner of Fruits and Chocolate has spent as much of his free time as possible driving slick cars, such as Lamborghinis and Ferraris, to the homes of sick children and taking them for a spin. The idea sprang into his head shortly after he joined a car club.

“I pretty much had access to any exotic car in the world more or less. I said you know what, why not team up with all these different charities and when they have kids that make a wish for a Ferrari or Lambo or whatever car they want to do, why not team up with them, surprise the kid, take them out, give them a ride, you know, do something good with what I had access to,” Aryeh said.

Aryeh recounted one specific story to us which left an indelible mark on him. One of his first charity rides was for an 8-year-old girl who had been battling cancer since the age of four. Constant visits to the hospital for half her life took a toll on the young child’s spirit, but she couldn’t help but show her joy during her ride.

“For me, that was just huge. All I did was pick this kid up in a Lamborghini, I thought it was cute and fun or whatever but I didn’t realize to what extend these kids were really looking forward to it or really enjoying the moment,” Aryeh said.

Then, in 2015, a news report about a pedestrian who was struck and killed on a busy Maryland highway, changed Aryeh’s course. That pedestrian was Lenny Robinson.

“He was the guy with the Lamborghini…with Batman decals on the car and would go dressed up as Batman and visit sick kids in the hospital,” Aryeh said.

Inspired by Robinson’s selfless life, Aryeh gave his car a makeover and donned the cape and cowl himself.

I had the privilege to surprise Dean today. Thank you for the opportunity, his smile was priceless.

“I bought the Batman costume and had my car done at one of these body shops and they redid the whole car, put in Batman carpeting, Batman buttons, Batman lighting, Batman decals, like they converted it to the Batmobile, and I kind of said I want to continue doing what this guy was doing, you know, I wanted to continue his dream and do it in his honor.” said Aryeh, who has teamed with organizations such as Make-A-Wish, Chai Lifeline and Kids of Courage. 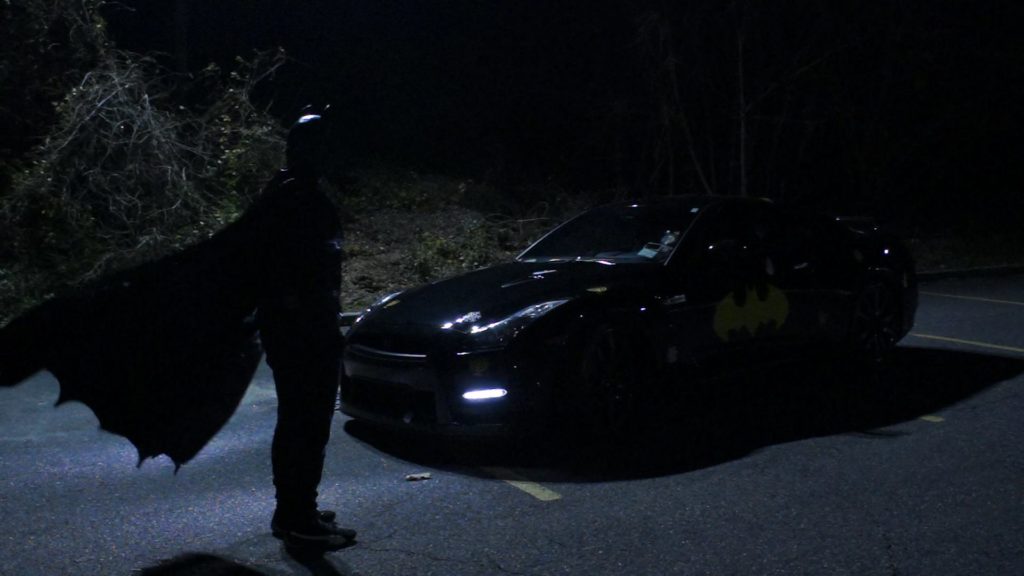 Naturally, his new life dressed as the Dark Knight brought Aryeh added attention and he proudly showcases his visits with kids, many of whom believe he’s the real Batman, on Instagram.

“I remember going to like one of these kids then, you know speaking to him, and…I said what’s your name and he said, Chris. So I said to the kid, do you know my name? And the kid just looks at me, and he goes ‘Yeah, you’re Batman,’ and it was a crazy feeling like I never realized that these kids truly believed I was Batman,” he said.

Aryeh’s work commitments keep him busy but he vows to always find time for his alternate superhero lifestyle.

Positive stories like this are what make us tick! We’re always looking for partners that feel the same way about good news!

Stay linked to Good Celebrity for all the breaking celebrity news headlines and stories about people doing good! And don’t miss our exclusive interviews, all right here on our YouTube page.