A year ago, then 1-year-old Bexley choked on a penny at her home. With her daughter’s lips turning blue, Bexley’s mother Tammy Norvell did what any mother would do, she called 911. Within minutes, Corporal Patrick Ray arrived at the Norvell home.

“I could not believe how fast he got her,” Norvell told CNN. His body camera rolling, Ray performed a “finger sweep” of Bexley’s esophagus and successfully dislodged the coin.

“That’s when we heard the most beautiful sound of her squeaking and coughing and crying,” Norvell told ABC News.

A year after the scary incident, Bexley is now a happy and healthy 2-year-old and she gained a new friend.

On July 17, the two reunited for a tea party, she in her Sunday-best dress, he in his full police attire. The event was captured by Garland-based Chelle Cates Photography.

“It was something that I just couldn’t turn down because I knew it was going to be really special for her mom and Bexley,” said Ray who enjoyed Apple Jacks and Oreos with his petit friend. “I have two boys, so I don’t get to do that type of stuff you do with a little girl. She’s a sweetheart. She’s my best friend.”

“I wanted to make something positive out of a negative thing,” Norvell told CNN. “I’m not going to let someone like that walk out of my life.”

From a near tragedy grew an everlasting bond that extends beyond Patrick and Bexley to include the entire Ray and Norvell clans.

“We saw them for Thanksgiving, we had Christmas together, he came to my kids’ parties,” Norvell told ABC News. “I feel that I have no words, even after a year. I hold [police officers] all in high regard, but there’s no way to repay [Ray]. I want to portray that image, that they have a softer side. If we can change one person’s image of police officers, then the world can only be better.” 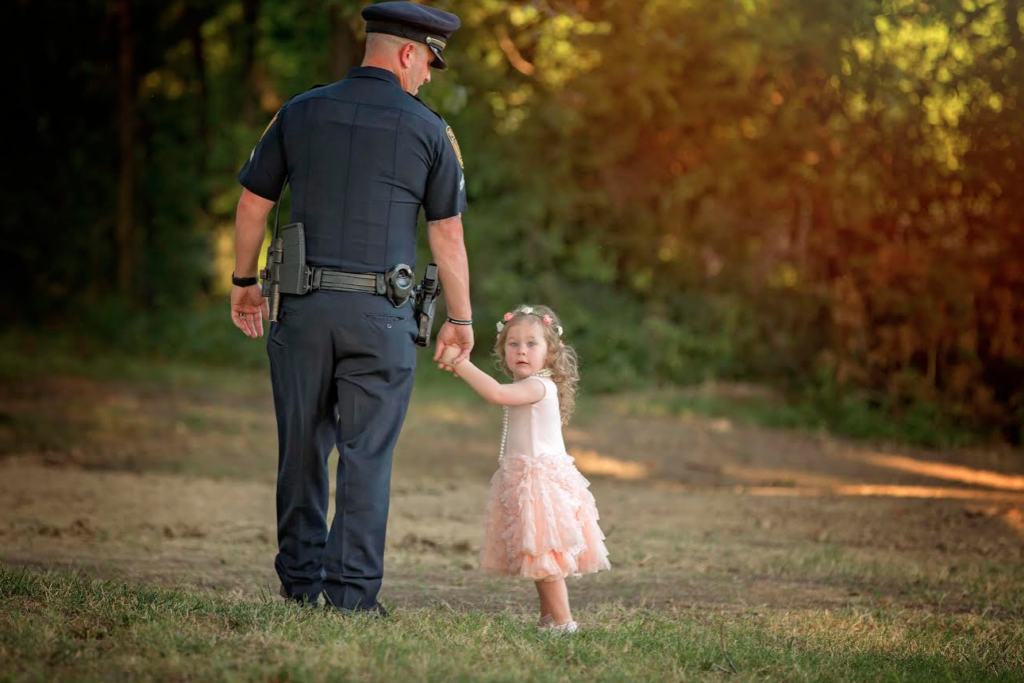