The summer lovin’ is still going strong after 40 years. John Travolta and Olivia Newton-John reunited Wednesday night for a screening of Grease in honor of the iconic 1978 film’s 40th anniversary. Director Randal Kleiser and co-stars Didi Conn (Frenchie) and Barry Pearl (Doody) also appeared at the reunion hosted by the Academy of Motion Picture Arts and Sciences.

In true honorary Pink Lady form, Newton-John wore a Rizzo-approved pale pink jacket over a matching silk camisole for the occasion. The singer and actress — who also starred opposite Travolta in the 1983 rom-com Two of a Kind — will turn 70 on Sept. 26.

Travolta, 64, meanwhile, swapped his T-Birds leather jacket for a checked shirt paired with a V-neck sweater and dark blazer. His blue jeans, however, were pure Danny Zuko. 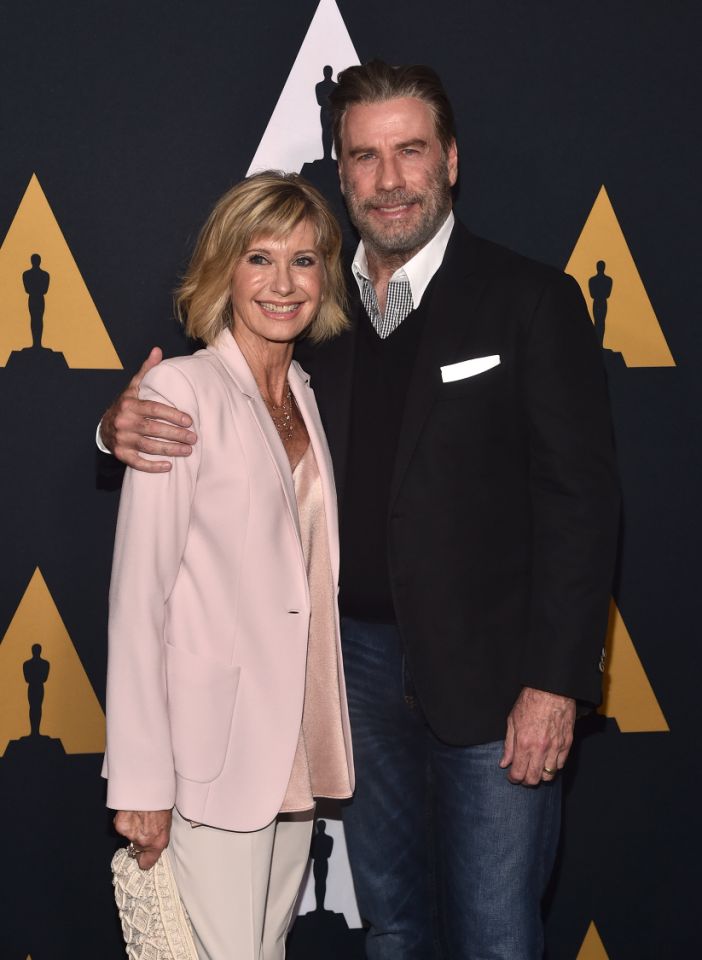 Not surprisingly, the stars couldn’t resist breaking out one of their old dance routines on the red carpet.

In an interview with Yahoo Entertainment in the spring, Travolta revealed that he has still got a soft spot for the song “You’re the One That I Want.”

“[My favorite memory was] mostly doing “You’re the One That I Want,” because I couldn’t wait to perform that,” he said. “The whole song is just a joy to listen to and sing. I enjoyed the musicality of it and how one could dance to it. It was the same thing with “Summer Nights” and “Greased Lightning.”