How Angelina Jolie Empowers Her Daughters to Improve the World

Angelina Jolie is getting political in ELLE‘s latest issue.

In honor of International Women’s Day (March 8), the actress-turned-director sits down with politician John Kerry for a candid conversation about the state of the nation—and the world at large. “I’m very patriotic, as I know you are. For me, it goes hand in hand with being proud of what America stands for. For instance, I’m the only person in my house who was born in America,” says Jolie, who has six children with ex-husband Brad Pitt. “It’s only because we are a country based on people of different backgrounds and faiths coming together that I can have this family. My daughters have the freedoms they have because of being American. And we are at our best when we are fighting for others to have the same rights. Particularly other women.”

Jolie, 42, often talks to Zahara Jolie-Pitt, 13, Shiloh Jolie-Pitt, 11, and Vivienne Jolie-Pitt, 9, about her activism, in the hope of inspiring them to follow suit. “I tell my daughters, ‘What sets you apart is what you are willing to do for others. Anyone can put on a dress and makeup. It’s your mind that will define you. Find out who you are, what you think, and what you stand for. And fight for others to have those same freedoms,'” she says. “‘A life of service is worth living.'” 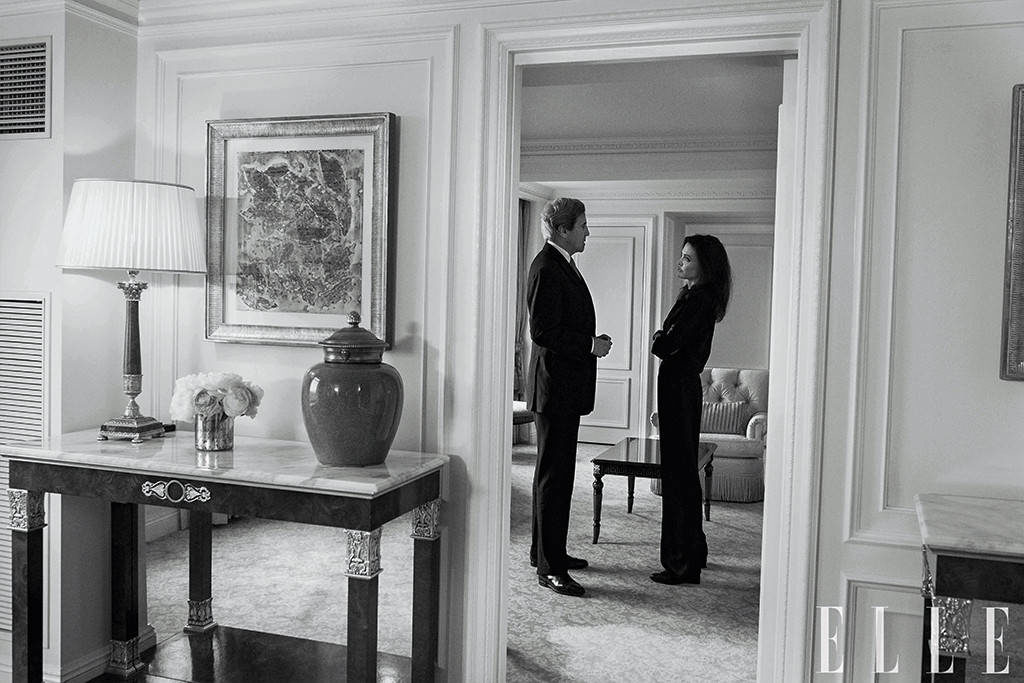 When she was young, Jolie was admittedly “anti-politics.” Curious about human rights issues, she began meeting with refugees and survivors around the world, “because I wanted to learn.””I also had this romantic idea that I would get my boots on and be a humanitarian. But at a certain point, you realize that’s not enough. You have to find the root of the problem. And that, so often, brings you back to the law and politics. For instance, I kept meeting refugees who were survivors of systematic rape—rape used as a weapon. Yet there were virtually no convictions. It fired me up to start working with governments and lawmakers,” the actress explains. “When it comes down to it, we still treat violence against women as a lesser crime.”

Jolie, who serves as a special envoy to the United Nations High Commissioner for Refugees, notes that in some countries, “sexual violence is less of a taboo discussion, as “it’s something more people expect their leaders to act on.” Despite NATO’s best efforts, “There is so far to go.”

Anyone can make a difference, Jolie says. “You have to identify what will make that change. Find the people in politics you can work with, and hold them to their promises,” the actress says in the March issue. “The way I see it, even if you are a person who doesn’t want to have to care about international issues, you are still affected,” Jolie adds. “Stepping back is dangerous.”