The 76th Golden Globes awards ceremony wasn’t the only star-studded affair that happened last weekend in Los Angeles. On Saturday night, the Art of Elysium hosted its 12th annual Heaven gala at a private venue in Koreatown that brought about bevy of A-listers and some less so. Couple Rooney Mara and Joaquin Phoenix played host this year. They were joined by Usher, Jennifer Garner, Kris Jenner, Mel Gibson, Dita Von Teese, Emily Ratajkowski and many other notable names.

Indeed, since the event was initiated in 2008, it has been jam-packed with celebrities from the worlds of film, music, dance, art, fashion and reality television. It is a celebration of all things creative, a hot-ticket soirée that aims to bring heaven on earth (hence the name) through the scope of one person. This year, photographer Michael Muller was the chosen visionary who orchestrated the event—which included an Ocean-themed cocktail hour, China-themed dinner, performances by Chuck D and Lisa Perry and a fashion show by designer Peter Dundas.

Judging by those descriptors and the guest list, the Heaven gala is a glamorous black-tie affair that serves as an apt precursor to the film awards season. But past all that L.A.-glitz, the event, at its core, is a fundraiser for the Art of Elysium.

Jennifer Howell, the organization’s founder, has made her mission to give back to those in need through, as she says, “the act of creation.” For over 20 years, the Art of Elysium has instituted artistic workshops in schools, shelters and hospitals throughout the greater Los Angeles area, placing volunteer creatives in communities that are facing difficulties. It reports that 30,000 individuals a year benefit from its programs. And to sustain these efforts and bring awareness, the Heaven gala was created. This year, its also put up an auction on its website, where it offers a number of art pieces and celebrity memorabilia to raise more funds.

All things considered, it is no wonder why the glitterati have flocked to the event year after year. They get to enjoy a version of paradise while supporting those that are disadvantaged in the City of Angels. Some go a step further, offering their time and expertise to the organization’s programs. This includes actress and artist Beau Dunn, who was given the Spirit of Elysium at Saturday’s event. She joins a roster of famous names that have contributed more than just a check. To whit: enacting kindness is a surefire way to get into heaven.

Here, Howell elaborates on this year’s Heaven gala, the Art of Elysium’s mission and how she sees the organization growing.

What is the goal of the Art of Elysium?

The goal of the Art of Elysium is to connect artists with people suffering and facing various life challenges.  To inspire people with the creative process gives them the ability to imagine and see possibilities through the act of creation.  We currently do artistic workshops in visual arts, film, writing, acting and music.  Our artists who volunteer come in with their ideas of how to best share and create their own programs.  We work with the homeless community, inner-city youth, veterans, hospitalized children and elder care facilities.  Our ultimate goal is to open chapters across the country to implement these programs everywhere there are artists who have the heart and desire to use their talents to give inspiration to those who need it.

Why did you start the charity?

I went to film school and moved to Los Angeles with the dream of becoming a director.  Shortly after moving to LA, my childhood best friend Tara Williamson called me to let me know her boyfriend had relapsed with Leukemia.  Stephen had grown up with us and had already undergone a bone marrow transplant.  I went home to see both Tara and Stephen and that trip changed the direction of my life.  He told me a story about a little boy he shared a hospital room who also had Leukemia.  Stephen’s compassion and concern for this little boy while he was fighting for his life showed me the true grace of being of service to others and putting your ego and self aside.  All I knew and all I loved was art, and that is what I knew to give.  It has literally built itself and been divinely guided and now it is our job to fund it so it can continue to grow and become all that it is meant to be. 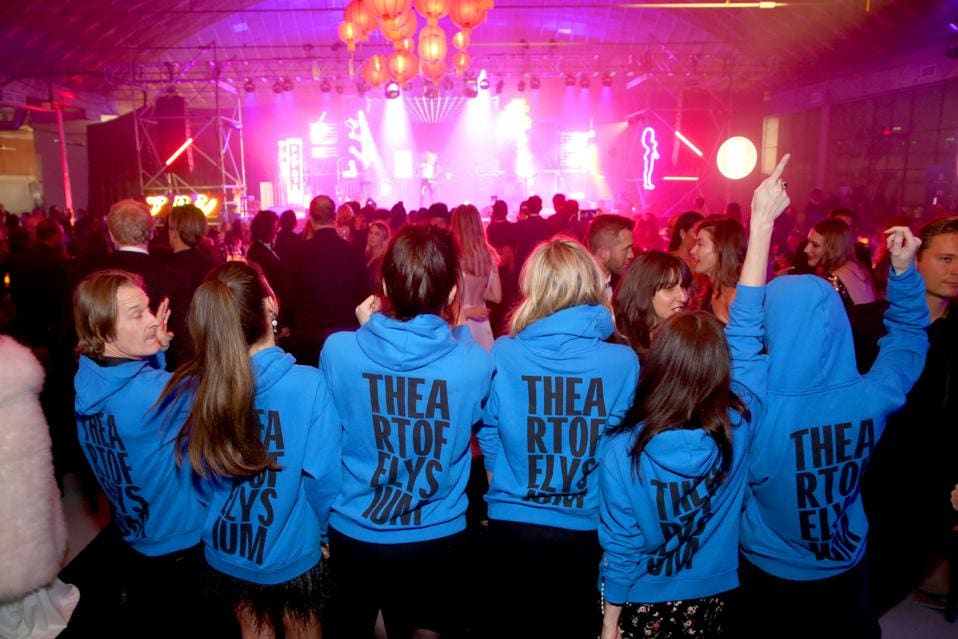 How do think the arts benefits those in the community who are experiencing difficult emotional life challenges?

In my opinion, art is the only thing that can truly change the world.  You can write a story, make a film, create art in any form and give an audience inspiration and a new way to look at things. To take the artists who reach into the divine and channel their art into programs, to teach others that same act of creation gives those we serve hope, inspiration and a new way to process whatever challenges they are facing.

What are some of the Art of Elysium’s biggest achievements over the years?

There have been so many monumental moments over the years. Every new facility that we begin taking our programs to is a new achievement because it means that we can help more people. Creating new programs, opening our art salons, the first of all of our four signature events, creating Elysium Bandini Studios and our film programs. We won a Webby in 2018 for our documentary Obey Giant.  We received an award for the Best Art Charity in 2008.  One of my greatest honors was to be one of the charities selected by Michelle and Barrack Obama’s Call to Arts initiative. Reflecting on the past 22 years is a bit overwhelming because my heart runs over with gratitude for so many gifts and beautiful souls who have helped in so many ways.

What are your next goals?

My biggest goals are to build an endowment to keep our programs going and to help us expand. I would love to know that when it comes time for me to drop this body that the mission and work we are doing can continue to help artists and all the people we are fortunate enough to serve. 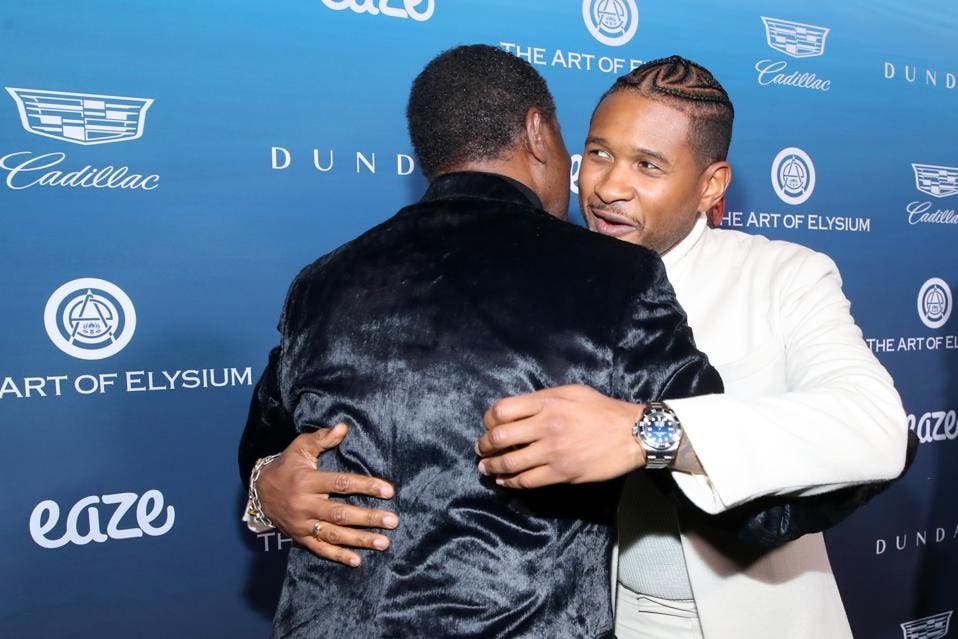 How has the Heaven gala evolved throughout the years?

Heaven literally changes every year based on the visionary’s concept of what they believe heaven to be. No two have ever been a like. We ask the visionary to utilize the four artistic disciplines of the organization—art, fashion, film and music—to create their vision.

How did the heaven theme come about?

Elysium is heaven in Greek mythology. The name was given to the charity because it is my belief that service and creation is the art of heaven. Heaven was conceptualized long before we actually did the first one. We wanted to create an experience for people to experience the talent and creativity of the artist that we take in to facilitate our programs. We did the first Heaven back in 2008 to celebrate our 10th anniversary. We ended up building the first Heaven with our host committee because we tried and tried to reach Baz Luhrmann and ask him to conceptualize his Heaven, but we never got in touch with him.

Why are you honoring Michael Muller and Beau Dunn?

The Visionary is selected each year based on their creative merit.  We select people that we believe have actually created a unique way to express themselves. Our past Visionaries are Jim Sheridan, Shepard Fairey, Mark Mothersbaugh, Cameron Silver, Colleen Atwood, Linda Perry, Marina Abramovic, Vivienne Westwood and Andreas Kronthaler, Stevie Wonder and John Legend.  Michael is an incredible photographer and, through his lens, he shows us how he sees the world. He is on the forefront of the virtual reality medium. I adore his work, his heart, his passion and all that he brings into his creative process. 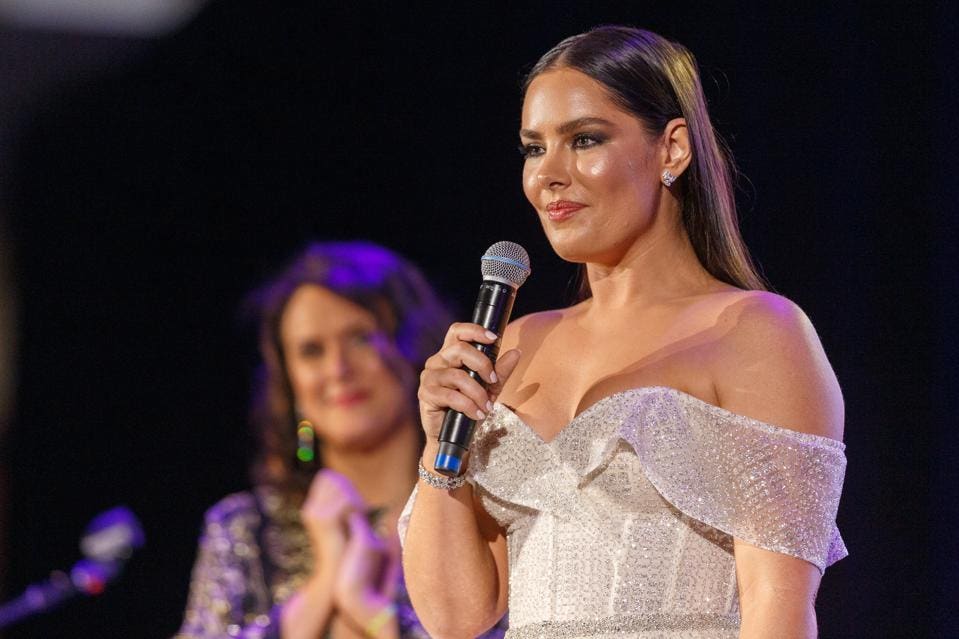 The Spirit of Elysium award was created to honor Eva Mendes for her devotion to the charity. She volunteered regularly but truly went over and beyond to raise money, bring visibility to the organization, support me and show up in any and every way. The past Spirits are Eva Mendes, Kirsten Dunst, James Franco, Elijah Wood, David Arquette, Ali Larter and Hayes MacArthur, Amber Heard, Finola Hughes and Russell Young, Camilla Belle and Shanola Hampton.  Beau has followed in the footsteps of the previous Spirits by volunteering, opening up her heart, home and family and supporting us in innovative ways. To be in the Spirits circle is to be honored for your open heart and your ability to truly be of service to our mission and those we serve.

What’s the point of having Peter Dundas present is runway show at the event?

Peter, Peter, Peter. I just adore him and think he is incredibly talented. He is a true artist.  The fashion show is to represent our fashion programs that we take into the communities we serve. Dundas represents fashion.  Chuck D, Linda Perry, Phantogram, Compton Kids Choir and Dianne Warren represent music.  We installed neon art by Beau and photography by Michael and a lot of other visual artists into the design of Michael’s Heaven to represent art. Michael created numerous virtual reality pieces to represent our film programs. These are the four pillars that hold up the house of our mission. 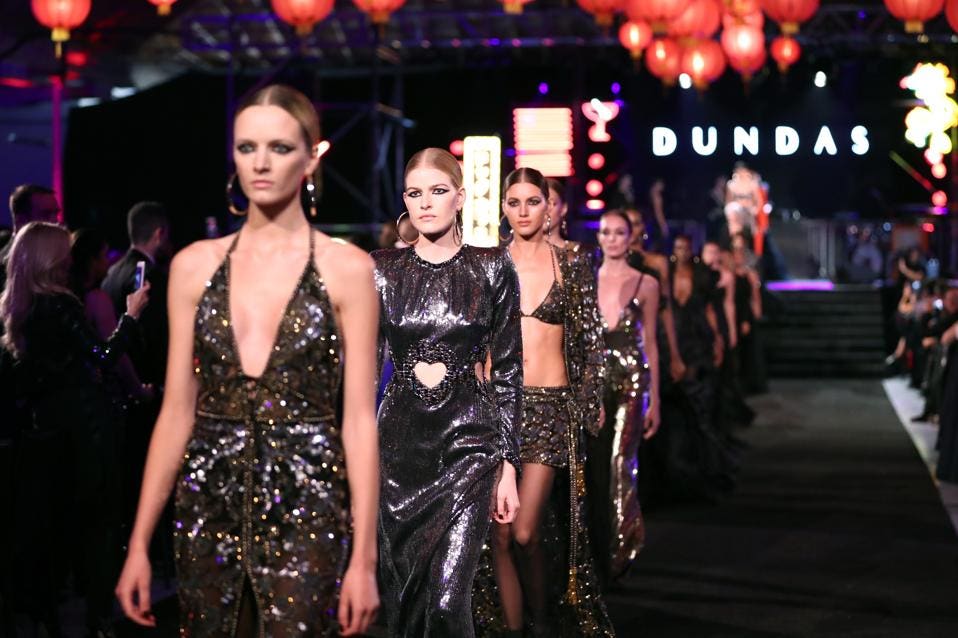