After Hurricane Harvey hit the area Frannie called home — forcing her and her family to evacuate for five days — the compassionate child wanted to find a way to help her neighbors and all of those affected by the natural disaster.

“Many people in our area had flooded homes and neighbors were helping each other but my mom said it wasn’t safe for kids to help because of the dirty water and mold,” Frannie told PEOPLE. “Then we saw the news where the Humane Society of the United States (HSUS) was going house to houses on boats, rescuing pets and animals who were left behind. I decided to do a lemonade stand and asked some friends to help.”

To encourage sales, Frannie and her friends decided to call themselves “Harvey’s Animal Helpers” and made a video about their cause. The girl’s mother put the clip in on a GoFundMe page, and soon Frannie’s neighbors were lining up to get a sip of lemonade.

“We sold lemonade for about three days, and we made $3,500 in one week,” the little animal lover said of the results.

“Children can and do make a difference in this world, and Frannie is pure evidence of that,” Kitty Block, acting president and CEO of the Humane Society of the United States, said of Frannie’s big heart. “The connection between humans and animals can be very powerful – and even life changing as is the case with Frannie. When someone steps up and goes above and beyond to help animals, the world is a better place.”

As a thank you for her efforts, HSUS arranged a trip for Frannie to Cleveland Amory Black Beauty Ranch, an animal sanctuary in Murchison, Texas, that is run by HSUS partner The Fund for Animals.

At the ranch, Frannie and her family got to stay on the premises and assist the staff in caring for the sanctuary’s more than 800 animals. 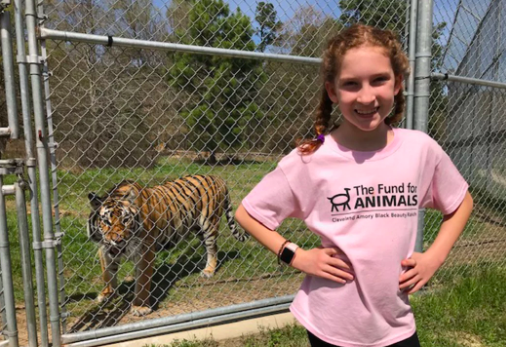 “I learned that no matter how large or small an animal is, their life has value,” Frannie said of her time on the ranch. “I saw how they took care of and loved animals that had health problems and learned it is our responsibility to take care of them because they can’t do it alone.”

The 10-year-old do-gooder was so impressed from the people and animals she met on her trip, that she decided to hold a second lemonade stand fundraiser when she got home, this time donating the profits to Cleveland Amory Black Beauty Ranch.

Through her stand and GoFundMe, Frannie was able to raise more than $1,200 for the sanctuary, which is one of America’s largest and most diverse animal sanctuaries. Cleveland Amory Black Beauty Ranch is home to numerous farm animals as well as tigers, monkey, bears and more. 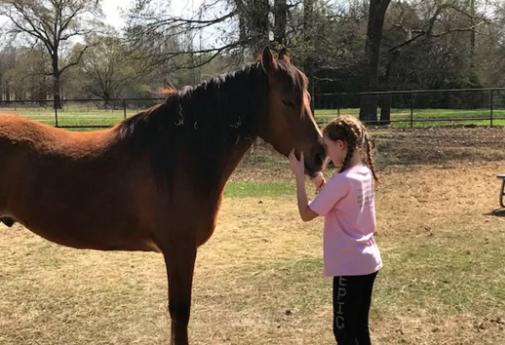 “Frannie is an exceptional, generous young lady with such deep compassion for animals. We are grateful to her for all she has done to support the Humane Society of the United States and the Cleveland Amory Black Beauty Ranch,” said Noelle Almrud, director of Cleveland Amory Black Beauty Ranch. “It is inspiring to see a child have this depth of kindness, and we are grateful to her family and her school for letting her do what is important to her.”

Frannie still didn’t stop there: Before the holiday break from school, she got permission from her principal to host a fundraiser supply drive for Cleveland Amory Black Beauty Ranch. She was overwhelmed by the outpouring of support she received from classmates and her school’s staff.

“Kids were giving up their stuffed animals they loved so they could do their part,” Frannie said, adding that the drive inspired her in new ways. “I think a great program to start would be to go into schools or talk to kids to teach them about abused and neglected animals. Recently, my third grade teacher fostered a dog that got badly burned because someone strapped fireworks to his back. Maybe if kids were taught at an early age, they would be more sensitive as adults and it would end animal abuse.” 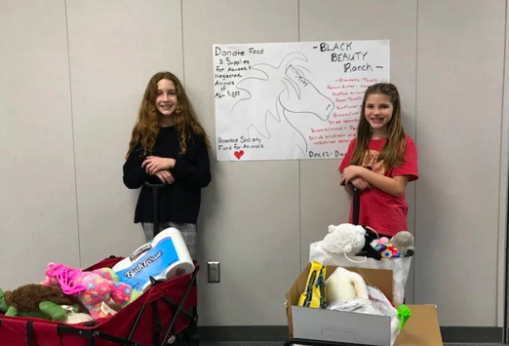 This is just the beginning of Frannie’s foray into animal welfare; she plans to help animals and support their causes for her entire life, hopefully turning the passion into a career someday.

“I also want to go to the Capitol to speak to my representatives so I can make a difference if possible,” she added.

Frannie hopes that others see her work and are driven to follow what they believe in, too.

“Don’t be afraid to try to make a change, because people will be there to help.”