This week, we lost the legendary Stan Lee, arguably one of the most important voices in the comic book world and the cinematic universe that’s grown therefrom. In the wake of the news, some of the Marvel Cinematic Universe’s biggest names have already begun to share their sympathies, sadness, well-wishes, and words of love. Lee has had a cameo in nearly every Marvel movie, so his legacy is not just that he was able to build a world for all these stars to exist in, but that he likely touched each of them in small but meaningful ways. Read through to see who has spoken up so far, including Robert Downey Jr., Chris Evans, and the Russo Brothers, who directed the final two Avengers films.

I owe it all to you,,, Rest In Peace Stan… #MCU #Excelsior #legend #rip #stanlee #TeamStark

There will never be another Stan Lee. For decades he provided both young and old with adventure, escape, comfort, confidence, inspiration, strength, friendship and joy. He exuded love and kindness and will leave an indelible mark on so, so, so many lives. Excelsior!!

You let us be extra human… superhuman even. I am deeply honored to have been a small part in the Stan Lee constellation. pic.twitter.com/qmCrNHXUy1

Thanks for everything Stan Lee! What a life, so well lived. I consider myself extraordinarily lucky to have gotten to meet you and to have played in the world you created.
🙏♥️ pic.twitter.com/ryUjG7PL8D

Thank you great legend. You will be missed. I wouldn’t be here without you. ❤️🙏🏻❤️

Thanks for everything, Stan.

You made heroes out of women; I am so grateful to have been one of them. Thank you, #StanLee. RIP 😇 #Daredevil #Elektra #mostcreativekindestgentleman❤️

Today we lost one of the greats. @TheRealStanLee, you were a inspiration and superhero to us all. Thank you for contributing so much- and giving us all something to aspire to! 💚
#ripstanlee pic.twitter.com/GzFhwgU0WA

We’ve lost a creative genius. Stan Lee was a pioneering force in the superhero universe. I’m proud to have been a small part of his legacy and …. to have helped bring one of his characters to life. #StanLee #Wolverine pic.twitter.com/iOdefi7iYz

How many millions of us are indebted to this guy, none more so than me. The father of Marvel has made so many people so incredibly happy. What a life and what a thing to have achieved. Rest in peace Stan

THANK YOU, @TheRealStanLee. You gave us characters that continue to stand the test of time and evolve with our consciousness. You taught us that there are no limits to our future as long as we have access to our imagination. Rest in power! #EXCELSIOR #StanLee #rip pic.twitter.com/hnSmnHIDln

You were a man before your time… now it feels like you are gone before your time. RIP Stan the Man… thanks for the laughs and words of support. It’s a honor to live in your universe! #MarvelKnight pic.twitter.com/1TXdPqUB3x

Thank you for filling our childhoods with such joy. You will be dearly, dearly missed… pic.twitter.com/Qt2sZqaNlc

Stan Lee and Dr. Seuss and Ray Bradbury. That’s where it begins and ends with me. To those of us who have been so deeply affected by the humanity of his imagination, the understanding of reaching beyond our potential and the necessity of tapping into our immeasurable imaginations, we thank you and are forever indebted. Rest In Peace Dear Stan. You made our time here a better one. #ripstanlee @robliefeld

Stan…more than a master of stories, you always seemed like a master of living. I will look to you for inspiration for the rest of my life. You live on. xoxo Your Wasp
.
#liveon #StanLee pic.twitter.com/JRA2aRM3bG

RIP Stan Lee. True legend. He spoke up against injustices through his stories; where good prevailed over evil. It was an honor working for you and bringing two of your characters to life. #stanlee #ripstanlee #2011

The legend himself. Thank you for all you gave us. I could not be more honored to be a very small piece of your world. Rest in Superpower💥 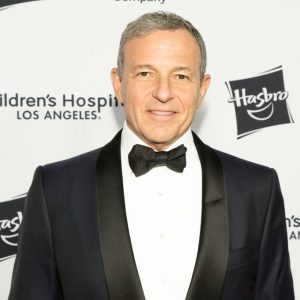 Josh BrolinIn an official statement, Iger said, “A super hero in his own right to Marvel fans around the world, Stan had the power to inspire, to entertain, and to connect. The scale of his imagination was only exceeded by the size of his heart.”