Billie Lourd repped her mom in the best dang way when she threw out the ceremonial first pitch at Friday’s match-up between baseball’s San Francisco Giants and Los Angeles Dodgers.

The daughter of Carrie Fisher, who is a talented TV star in her own right, strode out onto the field with her hair formed into two distinctive buns. It wasn’t an exact recreation of her mom’s famed Princess Leia hair buns, but it was close enough to get the point across.

The 25-year-old Lourd took on the ceremonial first pitch duties as part of the game’s Star Wars Night festivities. As you can see, she also spent some time carousing on the field with a few other familiar faces. 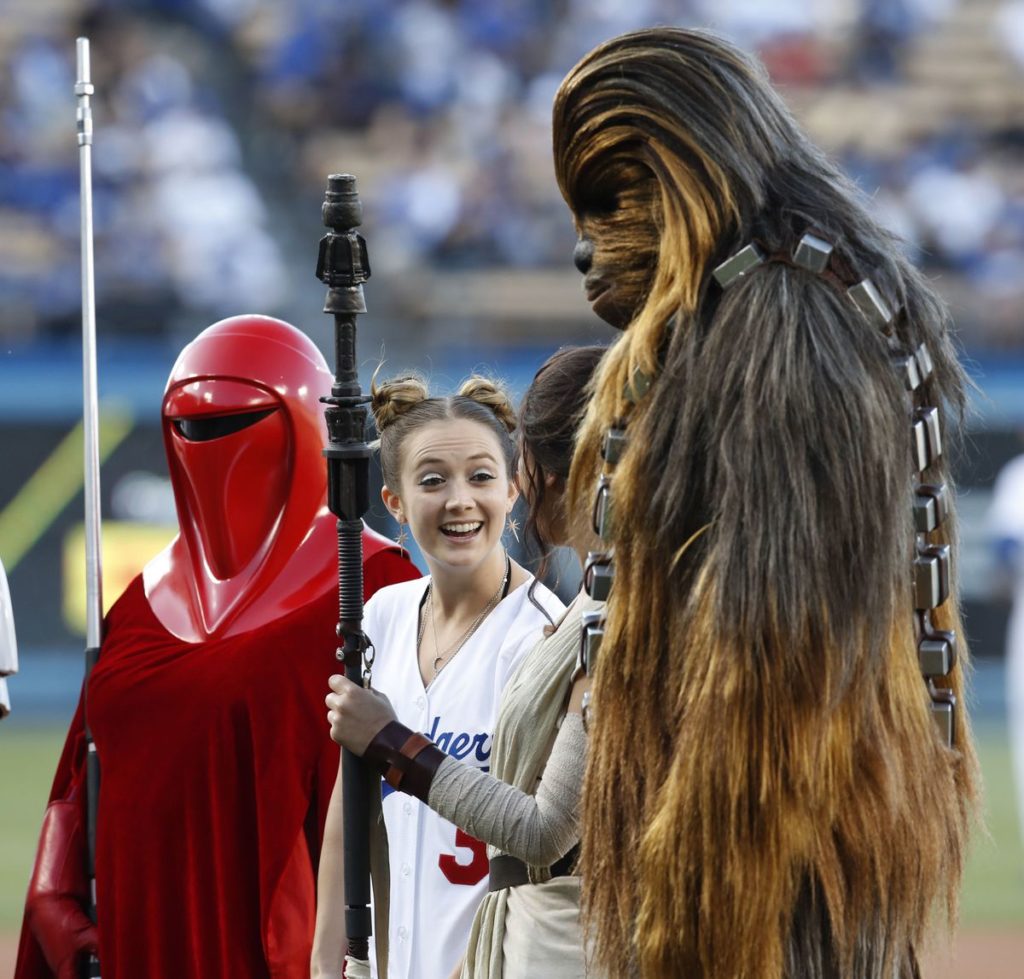 Lourd rocked a similar ‘do when she appeared in Star Wars: The Force Awakens. She played Kaydel  Ko Connix, a Resistance officer, in what turned out to be her late mother’s final film. In her MLB appearance, Lourd sported a Dodgers jersey bearing her Force Awakenssurname — Connix — on the back.

Here she is on the Force Awakens set and in costume with Fisher. 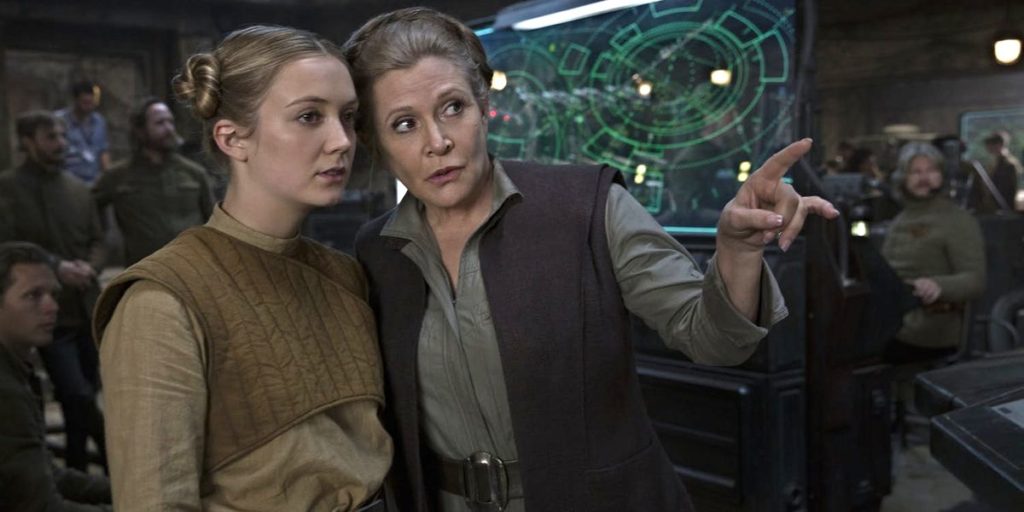 Because it’s 2018 and nothing cool stays off the internet for long, Lourd took to social media after her baseball appearance to share some of the joy with her followers.

Also, I really need to get my hands on one of these amazing Old Lando bobbleheads.

This article originally appeared on Mashable.