I’m not sure if I should call it Fortnite’s Super Bowl or Celebrity Deathmatch, but we have just wrapped the first E3 Pro Am, and it was certainly something to behold, with the grand prize taken away by none other than Tyler ‘Ninja’ Blevins, the most famous man in Fortnite, and his partner, EDM DJ Marshmello who was in full costume the entire time.

The concept behind the event was not an esports tournament, but one for a $3 million dollar charity prize pool instead. Epic paired 50 Twitch streamers/YouTube creators with 50 celebrities. “Celebrity” may be a stretch for many, but there were some bigger names in there, Chandler Riggs, the Walking Dead star, Community’s Joel McHale and at least three superheroes from the Arrowverse (including two Firestorms, Robbie Amell and Franz Drameh). But no one was bigger stars to the live crowd than Fortnite legends like Ninja and Myth.

The event was in an outdoor football stadiums which seems like a not-great plan in hindsight, given that it’s LA and burning hot outside, and also this is something that involves both the audience and the players staring at screens outdoors in the daylight.

With only three total matches, a solo practice, a duo practice and the big charity duos match, there was a lot of filler before and between the games, which probably only lasted an hour-ish in total, despite a 3+ hour stream that attracted at least a million concurrent viewers across a number of Twitch streams, plus more on YouTube, though official figures are still to come. 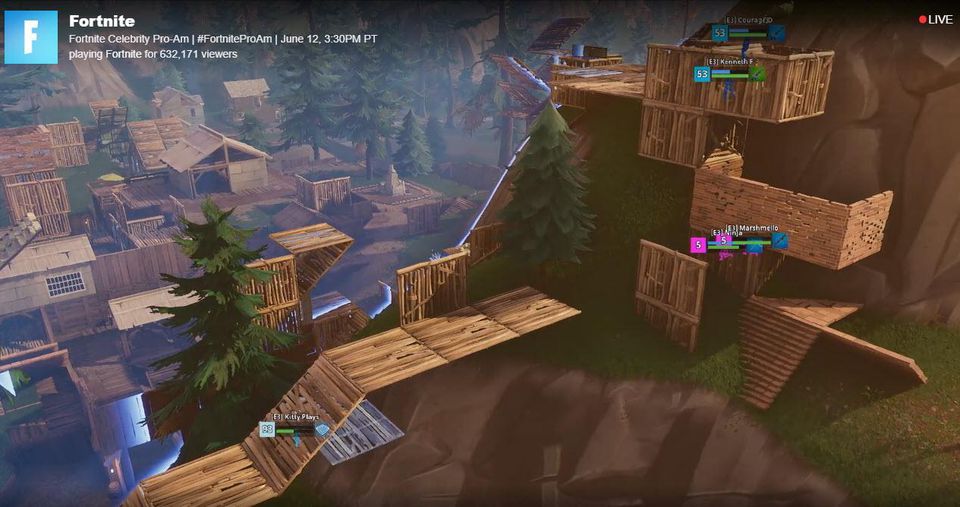 As expected, the event was heavily skewed toward the YouTube and Twitch pros who have played a lot more Fortnite than their actor/singer/DJ/NBA player counterparts, though many celebrities were experienced enough with the game to not be totally terrible. Though of course, some were, though most of the most embarrassing early deaths weren’t caught on stream.

This event acted as sort of a preview for future Fortnite events, as Epic has planned a $100 million worth of prize pools to give away across other events this year, and we saw the debut of spectator tools to help with that. The Fortnite World Cup was announced which will be a fan-pro driven event without pro team franchise spots, unlike other esports.

But, how did tonight go? It was pretty fun. Probably too much downtime, but if you follow the YouTube and Twitch scenes, and recognize most of the celebrities, it was cool to see them all together battling it out.

The winners were as follows: 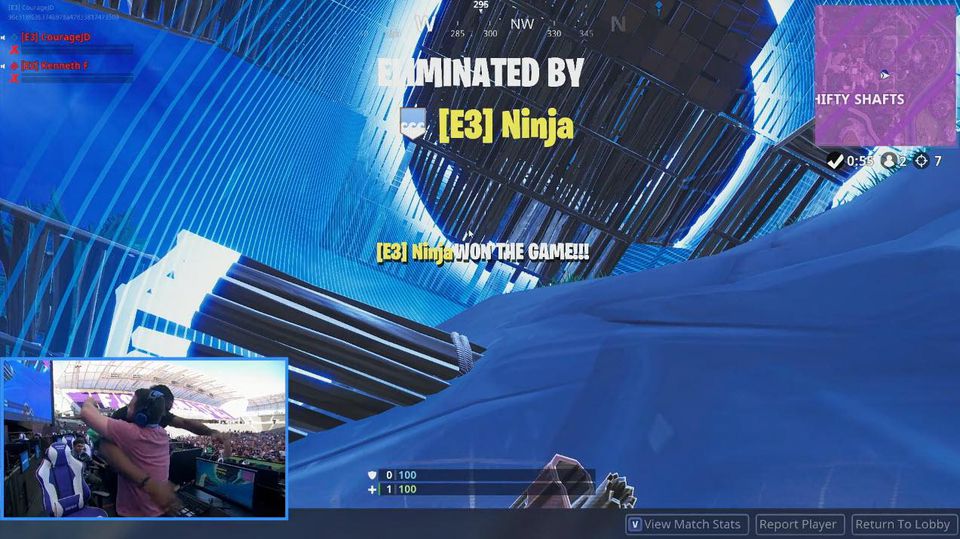 That’s right, Fortnite superstar Ninja did what all his fans were hoping he’d do, take home the grand prize. He didn’t do so in the most exciting of fashions, as he and Marshmello spent most of their games, including the final, camped out in tall towers in the middle of safe zones, so we didn’t exactly see any high impact stream-like plays from him, but Ninja is an extremely talented player and he certainly didn’t win through blind luck alone. That means he earned $1,000,000 for the charity of his choice as the grand prize winner, with the other $2 million split between the other teams. It was also poetic he killed his friend and sometimes duos partner CourageJD for the final win. I believe Ninja will give his share of the money to St. Jude, as he’s frequently raised money for them so far, but I need to confirm that (Update: he actually gave his half to the Alzheimer’s Association).

It was a great event, and capped off by the Ninja/Marshmello win in storybook fashion. Well, as storybook as a charity tournament full of streamers and celebrities drowning in sweat can be, but the point is, it was a lot of fun. Check out a replay and skip the fluff to get to the rather good matches.