Taylor Swift is hard at work making sure that her upcoming Reputation tour is exciting for fans. According to the singer-songwriter, the tour (which kicks off next month) will feature a special backstage room where she can mingle with some of the luckiest members of the crowd.

As noted by Just Jared Jr., Taylor took to her Instagram stories this weekend to describe the cool feature. “There’s always a room that I have backstage,” she explained. “During the show we always pick people to come after the show to say ‘hi’ and go to this room.” From her Insta, it seems as though the room will include a cushy seating area and, of course, a huge snake displayed prominently in the center.

Taylor also noted that the stage for her Reputation tour will be the biggest stage she’s ever performed on, at 110 feet tall. “And both of the B stages in the audience are pretty much just as big as the main stage was on the 1989 tour,” she added on Insta.

If Swifties were already excited for the upcoming concerts, these tidbits are bound to make them even more psyched for what’s in store. Luckily, there’s only a few more days before the tour begins — and we can’t wait to see what other tricks Taylor has up her sleeve this summer. 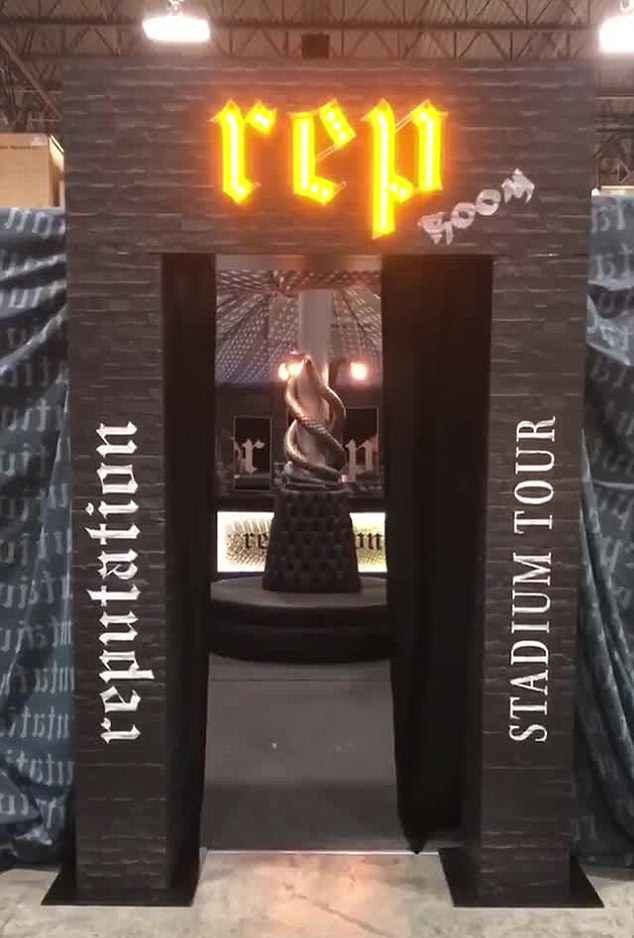