Tammie Jo Shults has been hailed a hero for safely landing the Southwest plane that lost an engine on April 17, 2018.

Shults, a former fighter pilot with the U.S. Navy, remained calm and focused as her plane descended with 149 passengers on board the Boeing 737-700.

The conversation continued for a few minutes as they tried to find Shults an emergency landing location. They agreed on Philadelphia. 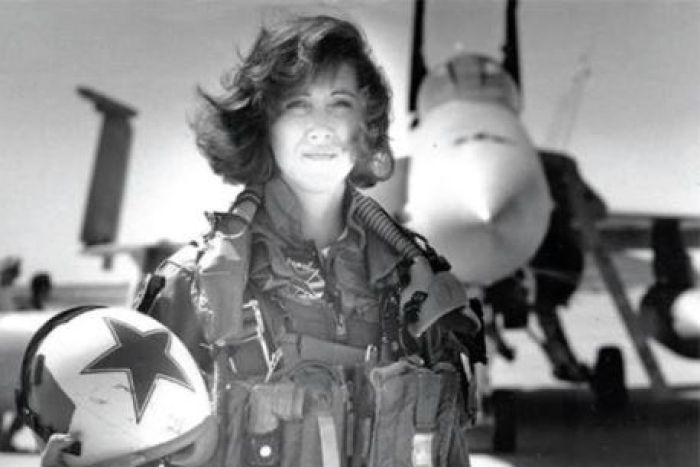 “Is your airplane physically on fire?” asked a man with Philadelphia’s arrival sector.

“No it’s not on fire but part of it’s missing,” she calmly replied. “They said there’s a hole and someone went out.”

In the midst of the chaos, Shults successfully completed an emergency landing at the Philadelphia International Airport, sparing the lives of 148 people.

“She has nerves of steel,” passenger Alfred Tumlinson told the Associated Press. “That lady, I applaud her. I’m going to send her a Christmas card — I’m going to tell you that — with a gift certificate for getting me on the ground. She was awesome.”

“The pilot came back to speak to each of us personally,” Diana McBride Self wrote on Facebook with a photo of Shults. “This is a true American Hero. A huge thank you for her knowledge, guidance and bravery in a traumatic situation. God bless her and all the crew.” 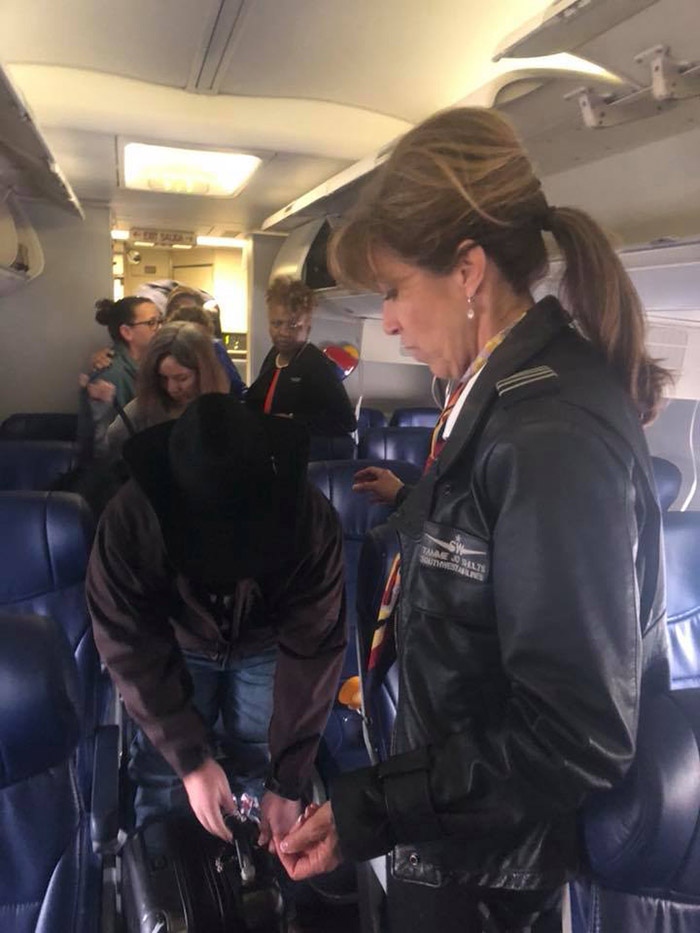 Shults grew up in New Mexico, near Holloman Air Force Base. Watching the daily air shows, she knew she had to fly.

“Some people grow up around aviation. I grew up under it,” she said in the book Military Fly Moms.

Shults recalled attending a lecture on aviation during her senior year of high school, in 1979. A retired colonel started the class by asking Shults, the only girl in attendance, “if I was lost.”

“I mustered up the courage to assure him I was not and that I was interested in flying,” she wrote. “He allowed me to stay but assured me there were no professional women pilots.”

Shults was among the first female fighter pilots for the U.S. Navy, according to her alma mater, MidAmerica Nazarene University. She was also among the first women to fly an F/A-18 Hornet for the Navy.

Shults served in the Navy for 10 years.

Now, she flies for commercial airlines. There could not have been a more prepared pilot to handle the emergency landing during the traumatic Southwest flight.

Below is a video of Shults communicating with air traffic control when she realized the plane had lost an engine.

0 0
Previous ArticleFans Break into Keanu Reeves Property–But Instead of Calling Cops, He Invites Them in for Beer
Next ArticleAaron Rodgers and Ron Perlman Among Record 36 Celebs to Play in BMW Charity Pro-Am
Latest Posts