Check Out Why Brantley Gilbert Donates Dogs to Veterans

“You know 22 veterans commit suicide every day,” said Brantley Gilbert, of an oft-quoted statistic. “The military goes through so much and I’m sitting at home, writing songs. I talked to my wife [Amber Cochran] about it and we really felt we had to do something.”

And that’s what they did. Gilbert and Cochran partnered with sponsors including Pedigree brand, Custom Canine Unlimited and the Atlanta Humane Society to place companion dogs with worthy veterans.

While some have challenged the suicide statistic, no one doubts Gilbert’s commitment to the military. Gilbert has made a point of honoring veterans – through performing on USO tours, celebrating them during concerts and riding motorcycles with them during Wounded Warrior events – throughout his career. 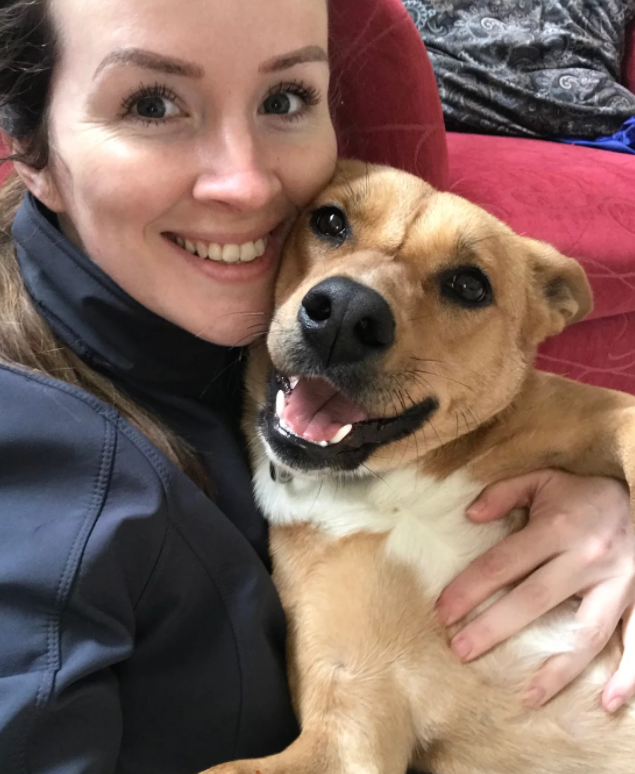 Staff Sgt. Justin Patterson, a PTSD survivor, was so grateful for Gilbert’s camaraderie during a 2015 ride that he presented his Purple Heart medal, earned for injury in combat, to the singer.

“I’m literally looking at it right now. It goes everywhere with me,” Gilbert said during a phone interview with PEOPLE. “He earned that because he was injured in combat … It’s hard for me to tell them how much we appreciate all they do. They just have a very special place in my heart.”

The idea for the canine donations formed when Gilbert and Cochran cemented their romance. Cochran, whom Gilbert said was “not a dog person,” got to know his two dogs, Sylo and Alley. It wasn’t long before she convinced Gilbert to adopt a 3-year old Golden retriever they named Beau.

“When you have a dog of your own, you understand the unconditional love they give,” he said. “The only problem was Beau wasn’t very well-trained when we got him.”

Gilbert’s tour schedule prevented him from training Beau, so he turned to Unlimited, a training facility near his home, known for training an array of service dogs. 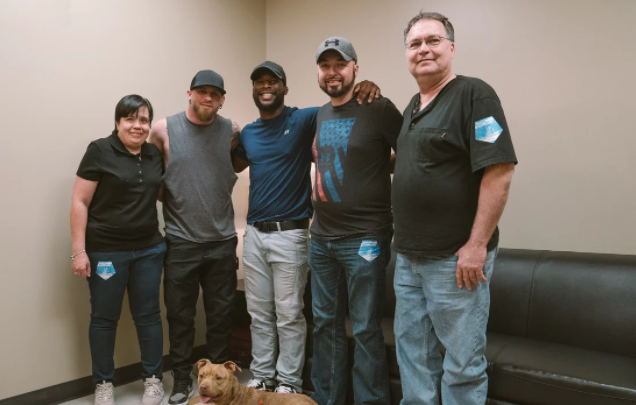 Trainers there also work with the dogs (who are also rescue canines) that are in this latest program and Beau often returns to the facility to work with them.

“I’m just proud to be a part of it,” said Gilbert. “You know, our dog Beau actually hung out with these dogs and helped train them. I love that we have a personal connection with each dog.”

U.S. Navy veteran Jolene Morales, 30, and her son Matthew, 9, traveled from their Canton, Georgia home to Gilbert’s Feb. 8 show in Greenville, South Carolina, where she met her new companion dog, which she named Reba. Jolene’s husband Justin Morales, 26, also a veteran, was hesitant about adopting a dog. Reba quickly won his heart.

“I love telling people about this program. It’s so hard to be active duty and then come back to reality,” Morales said, adding Reba is a 32-pound Belgian Malinois. “Having a dog is so calming. She’s very affectionate. A truly good soul.”

Pedigree brand representative Liz Adkins said the company was quick to sign onto the program.

“It really feels good. It’s wonderful to play a part matching these adoptable dogs with loving forever homes,” Adkins said, adding Pedigree donates one year’s worth of food to each dog. “We have a perfect partnership with Brantley. We know dogs bring out the best in all of us. It’s wonderful to have a program that brings that joy to veterans.”

This aritcle originally appeared on People.