A dad has won over the internet thanks to his daughter posting a series of photos capturing his favorite past time: secretly hiding $20 bills in random places around her house. 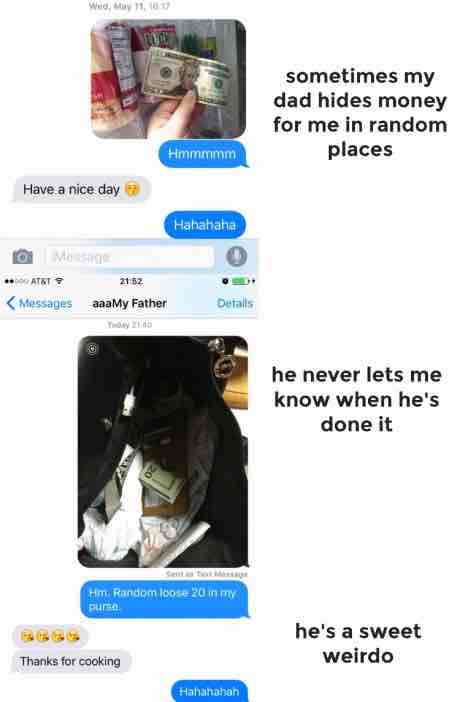 Imgur user Somebodysmama says that her sweet father first started hiding the cash after he tried to give it to her as a thank you for making dinner. When she refused, the games began.

Now, every time her dad comes to visit, he delights in stashing away a crisp $20 somewhere in the house for her to find. Then, when she finally stumbles across the gift, she takes a picture of the hiding place and sends it to her dad as a thank you. 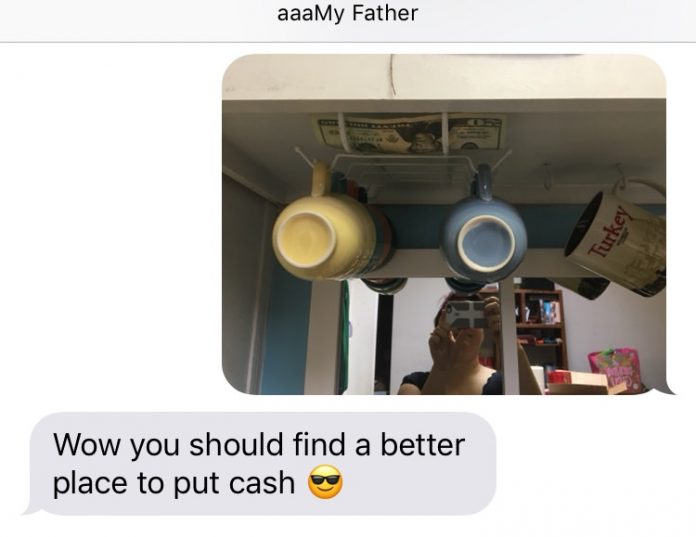 The history behind the dedicated dad’s good deed is even more heartwarming, too; Somebodysmama says that he had always worked extremely hard to provide for her and her four siblings when they were younger.

“We never did without, but we were quite poor,” she says. “I remember he tried to buy me some gifts for my high school graduation, but his credit card was declined.

“He gave me a paper card instead and wrote inside all the things he wished he could buy for me. I cried all over it. Gah. I’m crying again.” 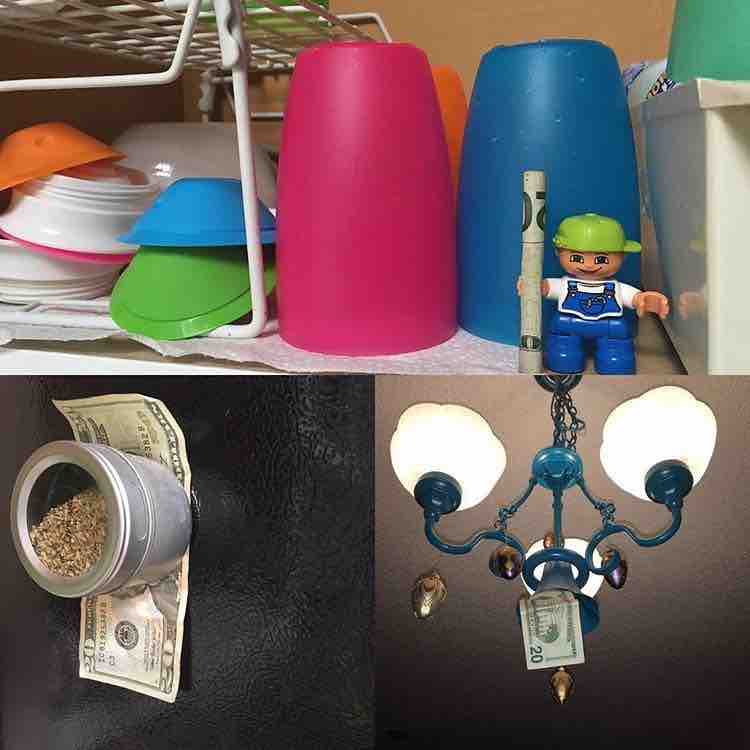 “He now makes double what he used to, and spoils all of us ridiculously,” she added. “His heart is so huge and kind. He’s also a hopeless romantic. The Hallmark Channel is always playing on his television. He’s amazing.”

After posting the photos to Imgur, Somebodysmama received an outpouring of adoring messages from viewers begging to be adopted by her dad. 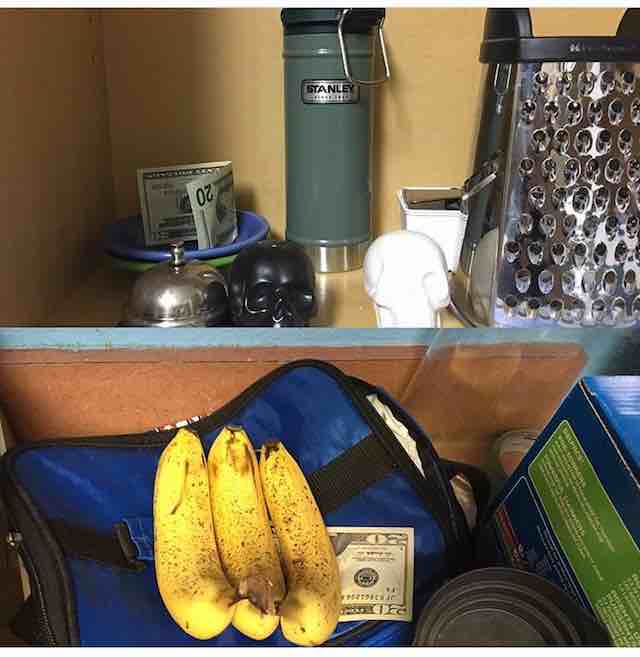 A few readers also asked why her dad was so fond of the sunglasses emoji.

She wrote: “He said he uses the sunglasses emoji all the time because it reminds him of his best friend and coworker that died two years ago (sudden heart attack while they were at work). I never knew this.”

After being told that his antics had gone viral, the dad responded simply by saying that he wanted the internet to know that he is now a proud great-grandfather three times over who “would adopt all of you as long as you bring food.” 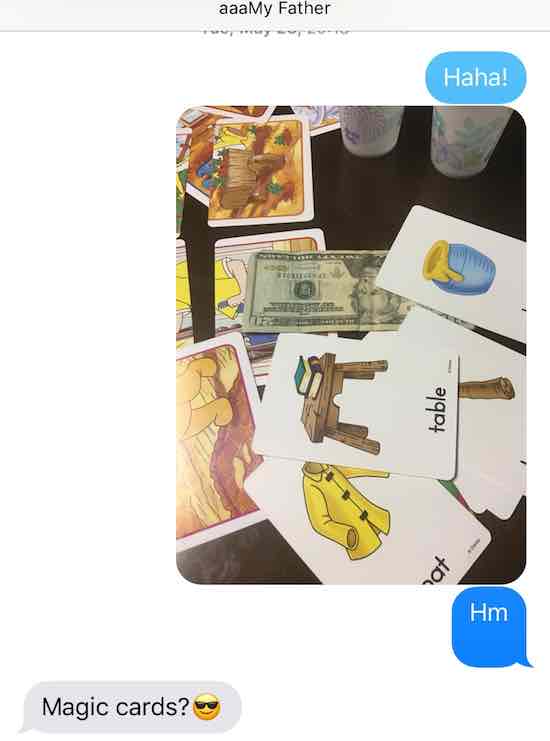