Misty May-Treanor is a mom again — to twins! 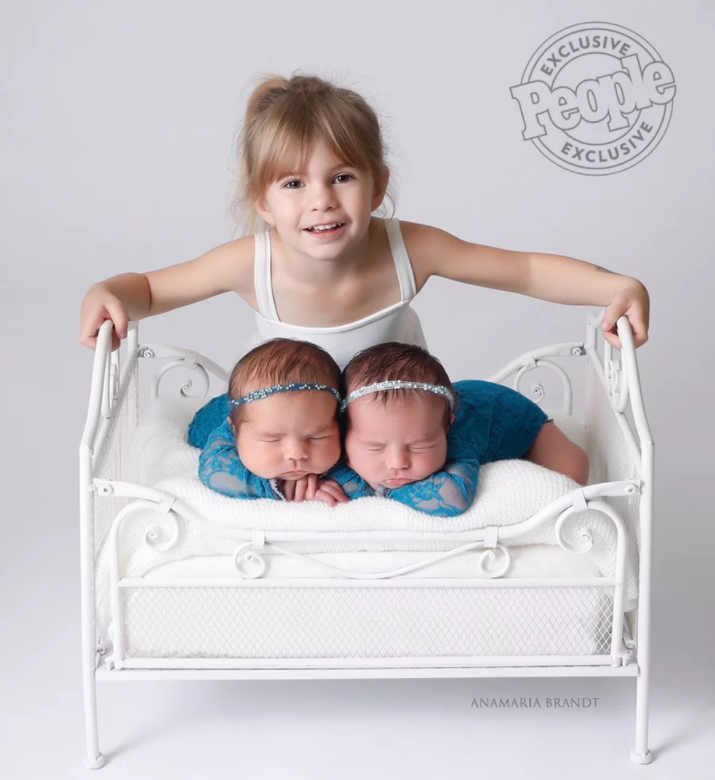 May-Treanor first announced the news via Twitter on Nov. 16.

“The @lbccvikings women’s team got to meet the latest [addition] of Treanors earlier this week,” she revealed, sharing a photo of her babies meeting the Long Beach City College women’s volleyball team she now coaches. “Lots of babysitters!”

The @lbccvikings women’s team got to meet the latest edition of Treanor’s earlier this week…..lots of babysitters! pic.twitter.com/GF7DvTjXTa

May-Treanor has been fairly quiet about her second pregnancy, but has given her Twitter followers a small peek into her life as a soon-to-be second-time mom.

“Could this be the last day of monitoring???? #ComeOnBabies,” she wrote alongside a Nov. 6 snap, showing a device strapped to her bare belly as she lay in a hospital bed.

“Monitoring for the day done … 34 weeks,” she captioned an Oct. 5 photo featuring her baby-bump-laden shadow. “Can’t bend to wear shoes but it is ok. #PregoProbs”

How do I relax while 35 weeks pregnant? With my @HTFeelBetter iJoy Massage Anywhere. It has been a lifesaver.#ahhhhh #ChairMassage pic.twitter.com/i4YJ9fNYE5

Monitoring for the day done….34 weeks. Can’t bend to wear shoes but it is ok.#PregoProbs pic.twitter.com/zBqctj90Gq

May-Treanor and her husband, a 41-year-old former professional MLB catcher, tied the knot in January 2004, welcoming their daughter in June 2014. Malia’s middle name was chosen in honor of May-Treanor’s late mother, nationally-ranked tennis player Barbara May, who died of cancer in 2002.

The athlete announced she would be retiring shortly before she and teammate Kerri Walsh-Jennings took home their third straight gold medal in beach volleyball at the 2012 London Olympics.

“We both want to start a family,” May-Treanor said of herself and Walsh-Jennings in 2008 after winning gold at the Beijing games. “We need to slow down and breathe a little bit, focus on our families.”

0 0
Previous ArticleHow Russell Wilson's Shoes Are Inspiring Kids to Ask Themselves 'Why Not You?'
Next ArticleCelebrities Open Up About Faith and Family on Dove Channel’s Original Hit Series “Frankly Faraci”
Latest Posts