Rags-to-riches stories are a common occurrence (after all, there’s a catchy term for it) but it’s safe to say there’s never been a tale quite like that of Dr. Charles Mully.

Growing up an orphan in Kenya, there didn’t seem to be much of a future for Mully. Facing insurmountable odds, he contemplated suicide at the age of 16. Thanks in large part to faith, Mully transformed his life and became a multi-millionaire business owner.

However, money didn’t fill Mully’s soul. It wasn’t until he decided to give back and begin his new life as a humanitarian that he became truly wealthy. In 1989 he started

In 1989 he started Mully Children’s Family (MCF), a Kenyan-based charitable organization that, since it’s inception, has rescued 12,000 children from horrible situations.

The new documentary Mully tells the extraordinary story of the man known as “Daddy Mully” who has touched countless lives throughout the 27-year existence of MCF.

Also filling an EP role is Paul Blavin. Under his production banner, FOR GOOD., Blavin has executive produced documentaries such as the heartwarming Harry & Snowman and the Oscar-nominated The Hunting Ground, which delved into rape on college campuses.

Blavin recently spoke with Good Celebrity about how Mully came to be.

What is Mully Children’s Family?

“It’s not your typical charitable organization that spends their time publicizing [and] fundraising – which is necessary – but that’s not what Mully Children’s Family has done. They’ve focused on rescuing children,” Blavin said.

“It’s pretty rare that you find films made about organization’s like this.” 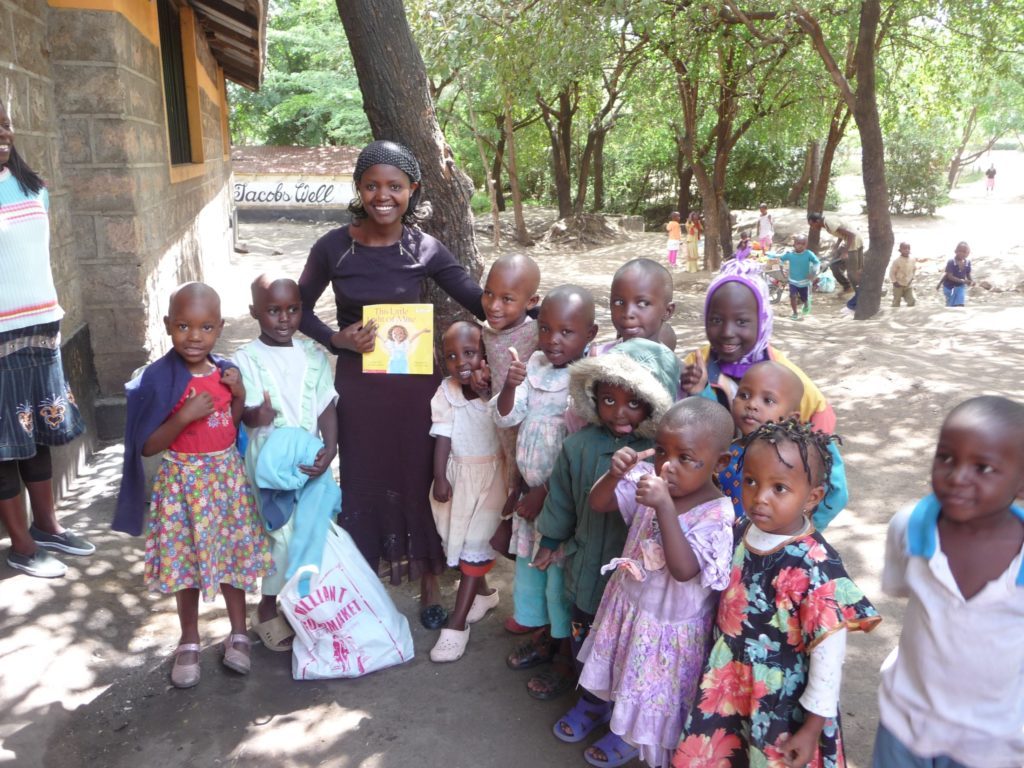 Indeed, MCF is in a class all it’s own. Rescuing abandoned African children, two-thirds of which are women (some of whom are pregnant and have been through prostitution and sex trafficking rings), Mully and his wife, Esther, bring them into their home and literally welcome them as family.

“It’s not an orphanage. You cannot adopt these children,” Blavin said.

“They stay at Mully Children’s Family. They’re part of a family. They’re provided with food, shelter, education. Their school, in national examinations, ranked number one out of 935 secondary schools in their county.”

Currently, 2,700 children are under the care of MCF. Thousands of previous family members have gone on to attend universities.

“It’s a life transformation opportunity for kids that were abandoned,” he said

Improving the lives of thousands upon thousands of children carries a heavy price tag, but the Mully family, in their own unique way, fund the organization.

MCF is a team project (six of Charles’ eight children are involved) and over time the members transformed the family compound. By planting over 1.5 million trees on the MCF property, they created an especially wet microclimate. 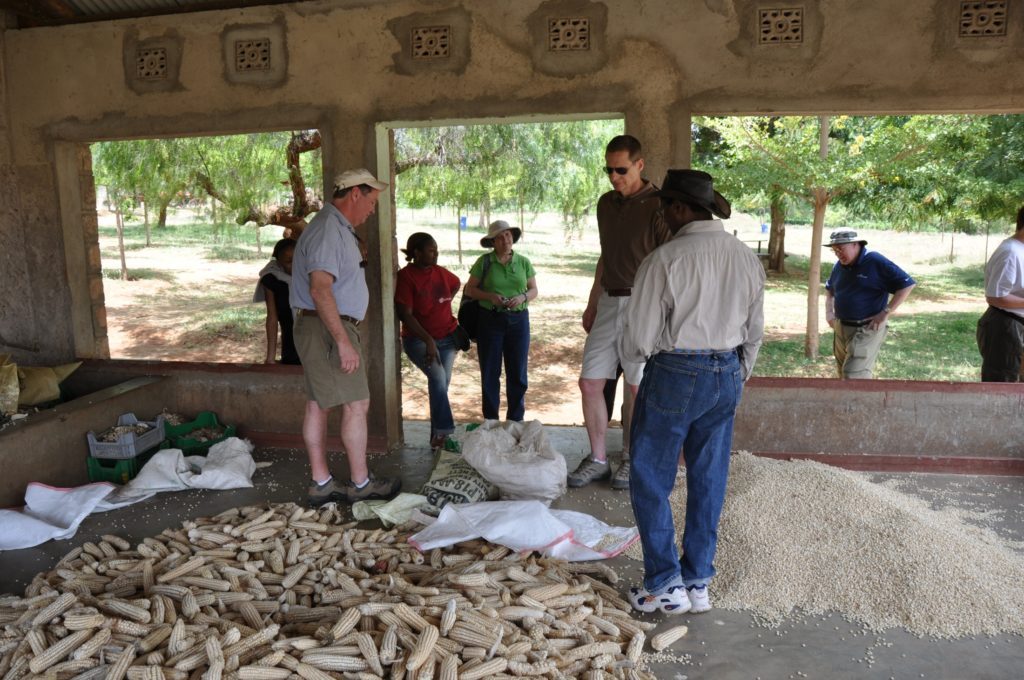 “They have captured that water and used it for agriculture to grow crops that they consume but also export [to Europe],” Blavin said.

“They’ve done a tremendous amount to make themselves sustainable without donations,” said Blavin who added that MCF is 30-50% self-sustainable through its agricultural operations, a percentage that he believes will increase upon the release of the documentary.

“With the film that’s coming out and the videos and the music that we’re putting together that will all be part of a campaign to shine a bright light on the incredible work that he’s doing, we believe that we’ll be able to raise the necessary money to invest in the infrastructure at Mully Children’s Family so that they can become 100% self-sustainable,” he said.

FOR GOOD. A Good Fit

It was natural that a production company like FOR GOOD. would get involved in this project.

“We are focused 100% on impact and our name makes that clear,” Blavin said of FOR GOOD. “It’s not for money, it’s not for fame, it’s not for ego. It’s to make an impact.”

Going beyond the work of a traditional executive producer and company, Blavin wants FOR GOOD. to accomplish several objectives with this film, including growing the MCF family and funding, and helping the children become self-sustainable members of society.

“We’ll be providing the opportunity to sponsor these children so that a person, a family in the developed world can become part of the world’s largest family by sponsoring one of their children,” he said.

“We want to expand the world’s largest family to all the continents and to as many people as possible,” he added.

Mully: More Than Just a Film

Before any production could begin, the filmmakers sought out Dr. Charles Mully for approval in creating the film (which was inspired by Mully’s book, Father to the Fatherless).

“They’re very methodical. Charles Mully’s very thoughtful. They thought through it and were very discerning but ultimately, thank God, they decided this was something they wanted to do,” Blavin said.

Director Scott Haze, in particular, was inspired by the work being done at MCF.

“It was definitely a passion project for Scott,” he said. “He just immersed himself for close to two years in this project.” 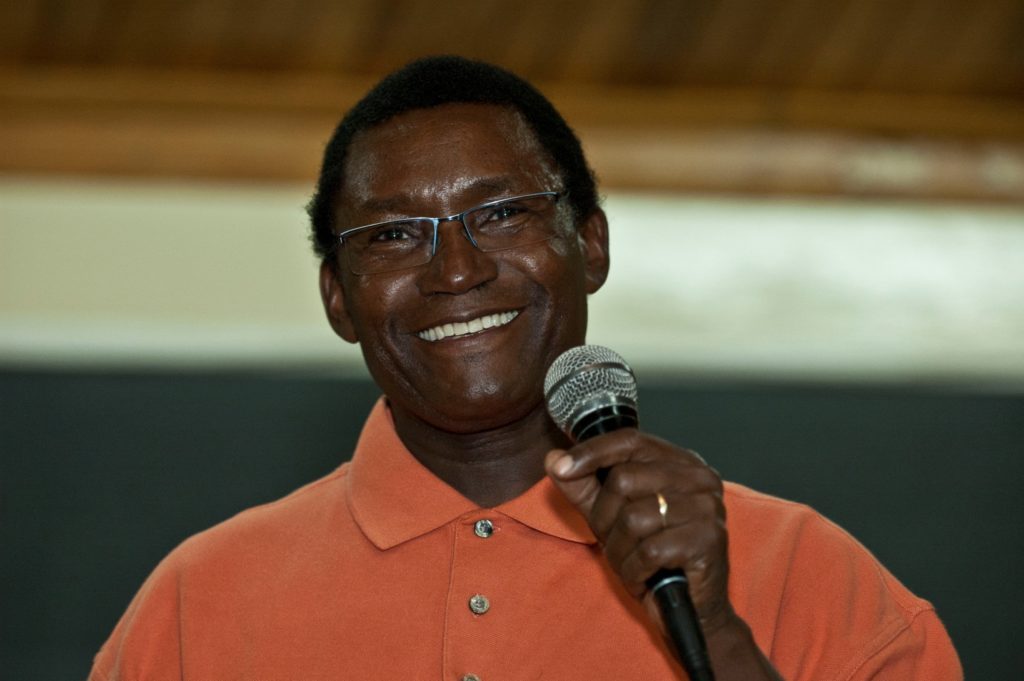 More than 300 hours of footage remains on the cutting room floor, but Blavin said it won’t be there for long. Utilizing the popularity of short-form video consumption on social media, the Mully crew is partnering with Facebook and using its “social good” tool to reach a wider audience.

“We’ll be putting out, through social media, lots of videos that help spread the word and tell the story in addition to the 81-minute film,” he said.

Not only that, but four-time Grammy winner Rodney Jerkins wrote an original song for the film (the singers of which Blavin can’t yet disclose) and many high profile celebrities, Blavin promises, will be joining in promoting the film and bringing awareness to Dr. Charles Mully and the Mully Children’s Family.

“It will inspire people to look at their lives and realize that, if a man whose abandoned at the age of six and has an eighth grade education can go into the world and save the lives of over 12,000 kids and do that so faithfully, that we all can do more,” Blavin said of the film.

“We know we’ll inspire thousands if not millions to take action of their own.”

Mully opens in theaters in the Summer of 2017!

0 0
Previous ArticleGood Celebrity Exclusive: Ashley Roberts on Traveling for "1st Look" & the Charity That's Close to Her Heart
Next ArticleJason Aldean and Miranda Lambert are Big Winners at the 2017 ACM Awards
Latest Posts