Putting his celebrity to good use, Grenier made a trip to Bali to promote clean ocean water during the fourth World Ocean Summit, which took place from February 22nd through the 24th.

The actor spoke on a panel in front of environmental groups and advocates, scientists, foreign governments, and business leaders about how conscious consumption can reduce the number of plastics in the world’s oceans.

“I’m super excited to be here,” Grenier said in a video interview. “Every year we have ten million tons of plastic make its way into the ocean. That creates a problem where in 20-25 years there’s going to be more plastic than fish in the ocean.”

One of the goals of the summit was to bring about a discussion on how capital and the private sector can push for sustainable investment in the ocean. One of the businesses serving as a driving force is Dell.

“Today we announced, globally, the launch of our ocean-bound plastic packaging for our product, said Piyush Bhargava, VP Indirect Procurement and Packaging at Dell. “It’s a first in the industry, and we are packaging in now with trays that were developed by harvesting some of the plastic that would eventually make its way to the ocean.”

“I’m one unit of human, I can do my part as an individual, and I can at least refuse single use plastic,” Grenier said.

“We have to consider and be more sensitive to the world around us. Do businesses have a responsibility to be good corporate citizens? Of course, they do. It’s not just an abstract corporation; it’s all the humans within it that are making the decisions on behalf of the corporations.”

Polluted oceans are only part of the problem and part of the solution to the issue lies in cleaning up surrounding bodies.

“The plastic we see in the oceans is nearly all coming from the big rivers,” said United Nations Environment Programme executive director, Erik Solheim. “If you can stop the plastic at the source, it may be easier than just cleaning up the oceans.”

Putting money where their mouths are, Grenier and participating organizations joined in a beach cleanup.

“Together with 21 organizations we’ve organized the Bali’s biggest beach cleanup and mobilized over 12,000 people in 55 different locations all around the coast and collected 40 tons of trash in just one day,” said Melati Wijsen, co-founder Bye Bye Plastic Bags. 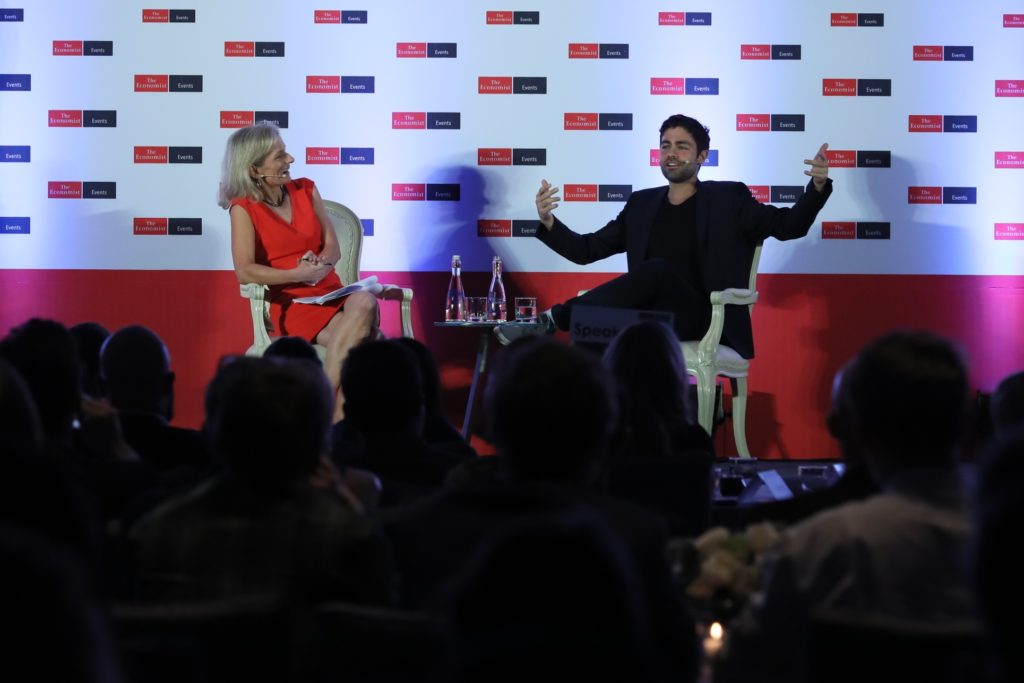 “Plastics are too valuable to end up in the sea, and plastics [are] also to valuable to end up in [a] landfill,” said Patrick Thomas, President of PlasticsEurope and board member of World Plastics Council. “Thinking about innovative ways to create economic incentives for people to collect and protest waste, that is the key solving the problem because the problem isn’t just technical, it’s human.”

Stay linked to Good Celebrity for all the breaking celebrity news headlines and stories about people doing good!