Atlanta Falcons Stars Give Us All a New Reason to Tune In To the Super Bowl: Watch Now!

The Atlanta Falcons are gearing up to face off against the New England Patriots in Super Bowl LI on Sunday (February 5), but the teammates are thinking about much more than getting a new piece of bling when the step onto the field at NRG Stadium in Houston, TX.

QB Matt Ryan, who we recently featured for his awesome charity work, joined his fellow athletes in a heartwarming clip describing the team’s uniform addition for the Big Game.

“It’s bigger than football,” the NFL team shared on its Facebook page. “We will wear the initials of Fallen Heroes on our helmets this Sunday. #SaluteToService.”

Ryan kicks off the video by introducing himself along with a fallen soldier’s name and photograph.

“This Sunday, the Atlanta Falcons will honor Fallen Heroes. Every player’s helmet will bear the initials of a military member that made the ultimate sacrifice,” the team shares in the video.

The 1:30-minute feature showcases the entire team and the Fallen Soldiers they’ll honor on Sunday. 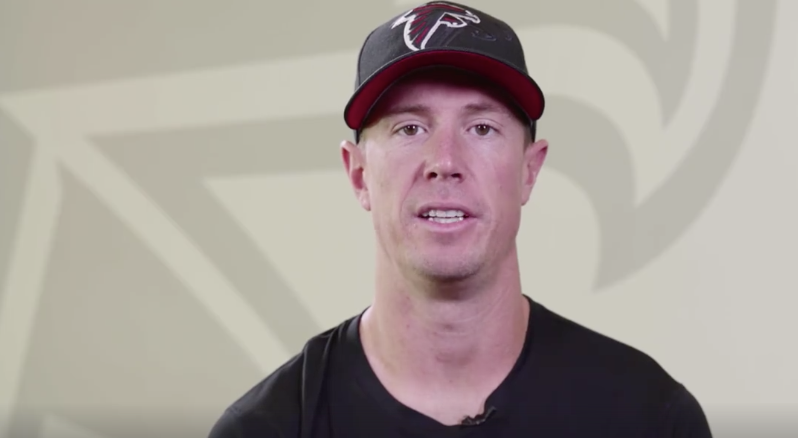 Facebook fan Kim commented on the clip, sharing, “Thank you Atlanta Falcons!!! My grandson’s father is Kalin Johnson. He gave his life for all of us. Thank you for acknowledging the men and women for their sacrifice for our freedom!”

The Falcons replied to all the warm wishes, writing, “Thank you everyone for your support! We wore initials of fallen soldiers on our helmets for our game on November 27. We will continue to support these efforts in the future.”

Stay linked to Good Celebrity for all the latest celebrity news headlines, including our upcoming feature on Falcons’ wide receiver Julio Jones impact on the world through charity.

In case you missed it, here’s our feature on Patriots’ QB Tom Brady and his philanthropic efforts!

0 0
Previous ArticleTom Brady is an MVP On & Off the Football Field: A Complete Look at the Patriots QB's Charity Work
Next ArticleFalcons Wide Receiver Julio Jones Changes Lives of Atlanta Residents for the Better
Latest Posts