There has been much speculation (both from detractors and supporters) about what we can expect from a Donald Trump Presidency. As you know – politics isn’t our playing field. Our concern lies in stories about people doing good. Particularly, celebrity news focusing on positivity. So, we thought it’d be fun to look at the potential good First Lady Melania Trump can do while her hubby leads America.

The President’s spouse isn’t an elected position, of course, but it is one that comes with plenty of important responsibilities and expectations.

Mrs. Trump, 46, will have especially big shoes to fill given she’s following arguably one of the most popular and productive First Ladies in the history of our country, Michelle Obama. During her time in the White House, Mrs. Obama supported healthier lifestyles for children, higher education, mental health awareness, and issues related to members of the military and their families.

As for the Slovenia-born Mrs. Trump, she will be the first foreign-born First Lady since Louisa Adams (the English wife of John Quincy Adams) who served in the role from 1825-1829.

During the Trump presidential campaign, Melania largely stayed out of the public eye, instead choosing to focus on raising the couple’s son, Barron. Throughout Donald’s presidency, she’s expressed plans to live at Trump Tower in New York City, rather than the White House, so that Barron can finish school.

As of right now, it’s a mystery as to how much we’ll see of Melania, who became a U.S. citizen in 2006, over the next four years and what kind of role acquire as FLOTUS.

“I chose not to go into politics and policy,” she told GQ in April 2016. “Those policies are my husband’s job.”

Before the election, however, she did make it clear which cause will be her priority.

Now – Good Celebrity™ explored the possible causes our nation’s newest First Lady could take on in 2017 and beyond.

Melania Trump as First Lady: What to Expect

During a campaign speech in November, Melania vowed to combat cyberbullying.

“Our culture has gotten too mean and too rough, especially to children and teenagers,” Trump said during a speech in Pennsylvania on November 3.

“It is never okay when a 12-year-old girl or boy is mocked, bullied or attacked. It is absolutely unacceptable when it is done by someone with no name hiding on the internet.”

“We have to find a better way to talk to each other, to disagree with each other, to respect each other,” she continued. “We must find better ways to honor and support the basic goodness of our children, especially in social media. It will be one of the main focuses of my work if I’m privileged enough to become your First Lady.”

In an interview with CNN’s Anderson Cooper, Trump reiterated her stance against bullying.

“I see now in the 21st century, the social media, it’s very damaging for the children,” she said. “We need to guide them and teach them about social media because I see a lot of negativity on it and we need to help them.”

Melania doesn’t partake in social media herself, but her husband’s Tweeting habits are well documented and she admitted to the AC360 host that if she could change anything about him it would be “his tweeting.”

As a result, the future FLOTUS did face some flak from critics who said that if anyone is to blame for cyberbullying, it’s the President Elect. Maybe that’s where Melania can make her first official change – just a thought!

Cyberbullying is a critical problem among both today’s youth and adults. Thus, we hope Melania sticks to her word and makes strides to battle this terrible epidemic.

We also have some other ideas in which Melania can lend her voice as a powerful woman in charge with the ability to make real change.

In a 1999 interview with the New York Times, Melania was asked what her role would be should her future husband ever become president.

“I would be very traditional. Like Betty Ford or Jackie Kennedy. I would support him,” said Melania, who is also an admirer of Michelle Obama.

Now that the hypothetical is a reality, Mrs. Trump will be looked at by many women, especially mothers, as a source of strength and inspiration.

“It will be my honor and privilege to serve this country. I will be an advocate for women and children,” she said during the same speech in which she spoke out against bullying.

It’s unclear what Mrs. Trump meant by “advocate for women, ” and she was even vaguer when speaking to GQ about which charities supports.

But what is clear is her dedication as a mother.

“I’m a full-time mother to our (10-year-old) son Barron, an incredible boy,” she said during her speech while adding, “We talk a little bit about politics, and a lot about life, homework and sports.”

A few areas where Melania can fight for change include domestic violence prevention, feeding hungry children in America, and equal pay for men and women.

Nearly one in three women falls victim to acts of violence from an intimate partner at some point in their life. As a women in power, Melania can help to raise awareness for these crimes and help women know that they can find a way out of the abusive relationship.

In addition, 13.1 million children lived in food-insecure households in 2015. There are many Americans struggling to put food on the table everyday in the U.S. First Lady Melania can raise awareness and even start programs to lower these numbers and make sure that less children go hungry day-to-day.

Reportedly, Ivanka Trump, Donald’s daughter from his first marriage, will live in the First Lady quarters of the White House during the time in which Melania resides at Trump Tower. 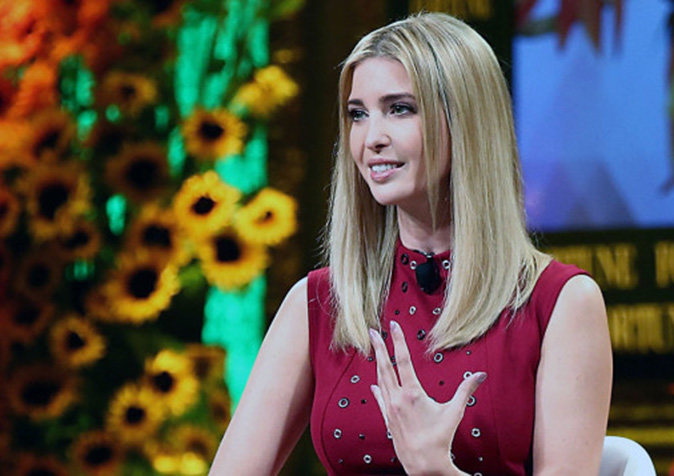 It’s also speculated that Ivanka, 35, will take on a prominent role during her father’s presidency. As of now, the capacity of her role and the title (if there is one) are not yet known.

What we do know is that Ivanka and her father had separate meetings in Trump Tower with former Vice President Al Gore and actor Leonardo DiCaprio to discuss the effects of climate change.

If Ivanka can get the next president to share her views on environmental issues, we could see her stepmother follow suit. Backing causes that promote a greener and healthier environment for the U.S. and nations throughout the world is something Melania should consider.

For example, Melania can promote lifestyle changes that help families live green. By focusing on the importance of recycling and lowering a family’s global footprint, she could make a huge impact on the environmentally friendly movement.

Unfortunately, there’s no denying that we live in a very politically divisive country but as we’ve seen in the transitional meetings between Mr. and Mrs. Obama and Mr. and Mrs. Trump, there’s still hope.

In the previously mentioned GQ interview, Melania was asked about her political opinions.

“Nobody knows and nobody will ever know,” she said.

Mrs. Trump likes to keep things close to the vest and that will benefit her during, what could be, a challenging four years as First Lady. Her ability to take the high road and find common ground with people of all walks of life will prove to be beneficial for her and the country.

“America was the word for freedom and opportunity,” Trump said in a speech in regards to her time growing up in Slovenia.

“‘America’ meant if you could dream it, you could become it,” she added.

On January 20, Melania Trump becomes the next First Lady of the United States and proves to all that the sometimes forgotten “American Dream” is still a possibility.

We think that it would be a tremendous benefit to all parties, races, and genders for Melania to step up for unity and focus on bringing America together. She’s spoken very highly of the U.S. and expressed her love for her country time and time again. That love is contagious and can spark an ignition for political and social unity among the currently divided.

Hey – it’s okay to be optimistic!

Finally, Melania can continue Michelle’s focus on healthy living and active lifestyles for families and children.

Mrs. Obama focused on staying active and eating clean throughout her entire time as First Lady. She saw the importance of staying healthy and how it impacts the overall well being of America and it’s something Melania should continue.

One initiative that’s really great is the Healthy Lunchtime Challenge, which is geared towards kids ages 8-12. The program encourages children, in collaboration with a parent or guardian, to create an original lunch recipe that is healthy, affordable, and tasty. It supported the First Lady’s Let’s Move! initiative to help kids and families lead healthier lives.

Each of the recipes included fruits, vegetables, whole grains, lean protein and low-fat dairy. In addition, in celebration of the MyPlate, MyState initiative, the 2016 Healthy Lunchtime Challenge put a spotlight on homegrown pride across the country and encouraged entries to include local ingredients grown in the entrant’s state, territory, or community.

Whether Melania creates her own healthy initiative or continues Michelle’s, we hope that there’s still a strong focus on living a clean and active life.

Once Donald is settled into the White House and Melania determines her schedule, which she plans to split between D.C. and the Big Apple, she can begin focusing on her role as First Lady of the United States.

As one of the most recognized and watched women in the world, Melania will have a lot of pressure on her shoulders.

We’re sure that’s she’ll handle the responsibility with grace and class, as she always does!

If we can offer any advice for her first 100 days, Good Celebrity recommends picking a philanthropic initiative – like the ones mentioned above – and coming up with a public campaign that encourages Americans to get involved.

Days move quickly, and we expect that she will get behind an initiative quickly.

Since she’s expressed interest in cyberbullying, that will likely be her primary focus when she assumes the new role.

The Good Celebrity team is excited and optimistic about Melania’s role as First Lady and we can’t wait to see what charitable and social causes she chooses to support!

LET US HEAR FROM YOU! What causes do you think FLOTUS should support? Comment below!