‘Tis the season not only for gift giving and selfless acts but also for exciting Christmas-themed  programs.

In addition to yearly traditions (A Charlie Brown Christmas, Rudolph the Red-Nosed Reindeer) your favorite sitcoms, dramas, and variety shows are getting into the holiday spirit before closing out the year on a hiatus.

The syndicated talk show The Doctors celebrates the cheerful season by giving back to citizens who impact their community in a positive way.

Hosts Dr. Travis Stork and Dr. Andrew Ordon joined guest co-hosts, dermatologist Dr. Sonia Batra and urologist Dr. Jennifer Berman for a very special holiday taping of the show, which presented giveaways of up to $6,000 worth of gifts to unsuspecting local and national heroes.

Among the over 100 honored community members were police officers, paramedics, Salvation Army volunteers and members of the armed services. 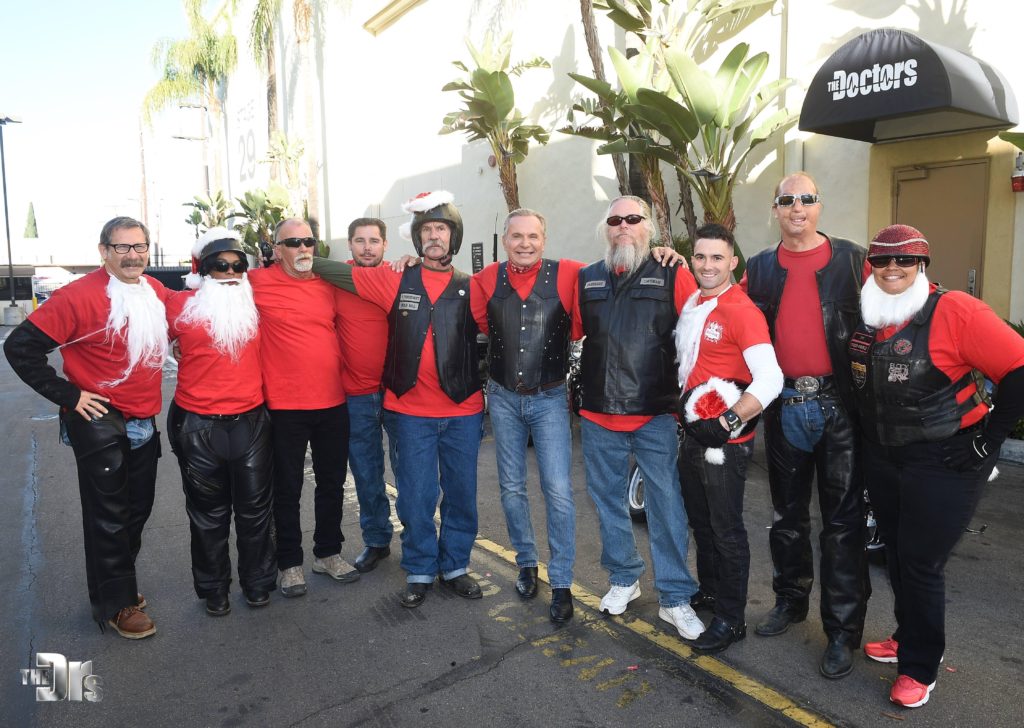 The hour-long episode shared their stories, which not only shed light on their causes but also acknowledged their good deeds.

In addition, the special episode featured live in-studio music from the Los Angeles Police Department marching band, the SoCal Burn Riders, makeovers for military wives, and other surprises (including an appearance from Santa Claus himself).