If you’re reading this, you’re halfway to living on a prayer. And by “living on a prayer,” we mean becoming an honorary member of Bon Jovi. That’s right Omaze and Bon Jovi have paired up to support Jon Bon Jovi’s Soul Foundation. You’ll get flown out to their Nashville show, score VIP access, eat a meal with the band, ride on their tour bus, get put up in the same hotel as them and get a private performance during sound check. If you’re up for it, you can even sing a song with Jon. Oh, and did we mention you’ll take home a signed guitar? Yeah. In short, you’re going to experience life as one of the world’s biggest rock stars alongside some of the coolest people in music. 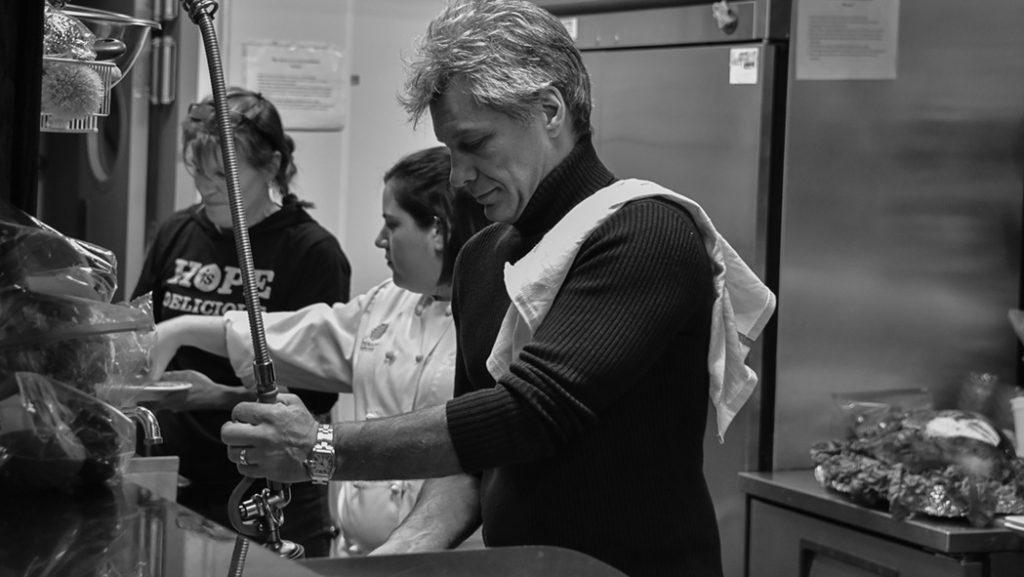 Since 2006, the Jon Bon Jovi Soul Foundation has helped fund over 500 affordable housing units for thousands of low-income or formerly homeless families and individuals. As if that’s not amazing enough, the Foundation expanded its services to address issues of food insecurity by opening two JBJ Soul Kitchen community restaurants in New Jersey. JBJ Soul Kitchen is a community restaurant that serves both in-need and paying customers in a really unique way. In-need diners pay for their meal by volunteering their time at the restaurant, and paying customers effect change by paying more than the suggested donation.

Your support will help further the mission of the Soul Foundation: to establish programs and partnerships that help alleviate the challenges of individuals and families caught in the cycle of poverty and homelessness.

For more information on this campaign and partnership, visit www.omaze.com/experiences/jon-bon-jovi.